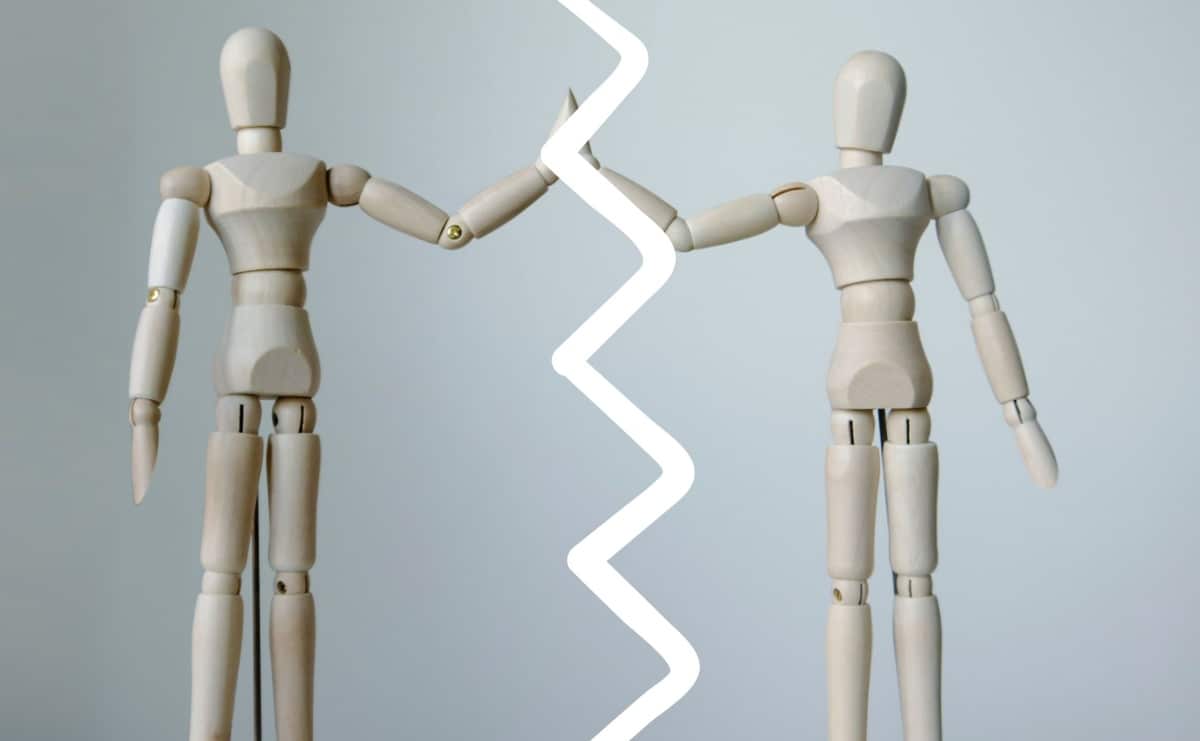 What Are German Separable Verbs?

German separable verbs (Trennbare Verben) are a special type of verb which have a prefix at the front of them.

In certain circumstances German separable verbs will separate, and sometimes the prefix will stay joined to the verb.

There are countless separable verbs in German. These are ordinary verbs which have a prefix added to the front of the verb, which will give this new verbs a different meaning. [Jump to German Separable Verbs List]

To give you an idea of how these prefixes can change a verb, let’s take a look at some examples:

In this example it’s easy enough to see how the prefix (aus-) added to the verb (gehen) has altered the meaning of it. Because the prefix aus- can translate as ‘out’ it’s quite simple to see how ausgehen means ‘to go out’.

Some prefixes don’t have a straightforward meaning like aus– does:

In this example we have added the prefix ver- and this has caused the verbs to take the opposite meaning, ‘to buy’ becomes ‘to sell’.

Unfortunately there aren’t really any rules for how prefixes change the meanings of verbs. You’ll need to just learn these new verbs as you encounter them. There is, however one thing to look out for:

Top Tip: The prefix ver- often changes the meaning of the verb stem to the opposite, or some other negative meaning. This isn’t the case for every ver- verb, but you may start to notice a pattern of ver- = negativity.

So now you have an idea of how verbs work when they have a prefix added to them. But what actually are German separable verbs? Let’s take a look at the separable prefixes:

That’s quite a big list, but as you become familiar with more and more verbs, you’ll start to notice quite a lot of them have these prefixes.

As the name suggests, if we see verbs with any of these prefixes, they may need to be separated. But we’ll come to that a bit later on.

Now we have the group of prefixes which will never separate from their stem verb:

And finally, there are some slightly annoying prefixes which can be either separable or inseparable:

How to Use German Separable Verbs in a Sentence

So now you are familiar with what German separable verbs are, and which separable prefixes to look out for.

Let’s take a look at a few rules which will help us understand when and how to separate them.

Rule 1: If you are using a separable verb in a sentence, and it is the only verb, it is separated. The verb stem is conjugated and goes in position 2. The prefix goes to the end.

To demonstrate, let’s use the separable verb aufstehen (to get up):

In this example aufstehen is the only verb used in this sentence. Therefore, the prefix auf- is separated from the verb stem stehen.

The verb stem is conjugated as usual and goes in position 2. The prefix then goes all the way to the end of the sentence.

Let’s see this in action with the separable verb vorhaben (to plan / to intend):

Rule 2: If a modal verb is used, separable verbs are not separated.

This time we’ll use the modal verb können (can) and the separable verb mitbringen (to bring with):

The modal verbs are the bosses of all verbs, and will always kick any other verbs to the end of the sentence, so that the modal verb can take it’s favourite spot in position 2.

This leaves the separable verb to go right to the end. And because it’s at the end of the sentence, it doesn’t separate and remains unconjugated.

Let’s see another example, this time we’ll use the modal verb wollen (to want) and the separable verb ausgeben (to spend):

And just to prove that ausgeben will separate on it’s own:

So here you can see that the separable verb ausgeben (to spend) is the only verb in the sentence. Therefore it separates, the verb stem (geben) is conjugated (gibt) and goes in position 2. The prefix (aus) goes to the end.

Rule 3: German separable verbs are always separated in the imperative.

If we want to use the verb aufwachen (to wake up) in the imperative, it is separated like this:

If we use a separable verb in the formal, it is still separated:

Rule 4: Inseparable verbs are never separated. Instead they are conjugated and take position 2. If there is a second verb, that goes to the end unconjugated.

So you can see that the verb versprechen (to promise) in position 2 is an inseparable verb because it has the prefix ver-. We have used another verb in this sentence so this just goes to the end.

Rule 5: To use the future tense, the separable verb is not separated. It goes to the end and the verb werden (will) is conjugated and goes in position 2.

To give an example, another separable verb with can use is zuhören (to listen).

German Separable Verbs & The Past Tense

Hopefully you can see that separable verbs aren’t so complicated, and by following a few simple rules, you can use them correctly in the present tense.

But what if you want to use a separable verb in the past tense? Well these special verbs do something a little bit different.

Did you know that the easy way to spot a past participle is to look out for the ge- prefix in front of the verb?

Well, separable verbs also incorporate ge into them in order to show that we’re talk about the past. But in their case ge goes after the prefix and before the verb stem:

In this example the separable verb aufgeben has the prefix auf-. If we want to change it to the past participle, we put ge in between the prefix auf– and the verb stem geben.

We then team it with one of the ‘helping verbs’ (haben or sein) as usual to form the past participle:

You’re doing so well! Now there’s one more thing you need to know about separable verbs. What happens when you encounter a subordinating conjunction (you know, words like weil, als, dass that send the verb to the end of the sentence).

This can be a bit tricky so I’ll just give you an example sentence to start, then we’ll break it down:

So in this example we have two separable verbs (einschlafen = to fall asleep and aufwachen = to wake up).

In the first part of the sentence (the main clause) this separable verb is the only verb used, so separates as we’ve already learned. Then we use weil (because) which demands a subordinate clause (the second half of the sentence).