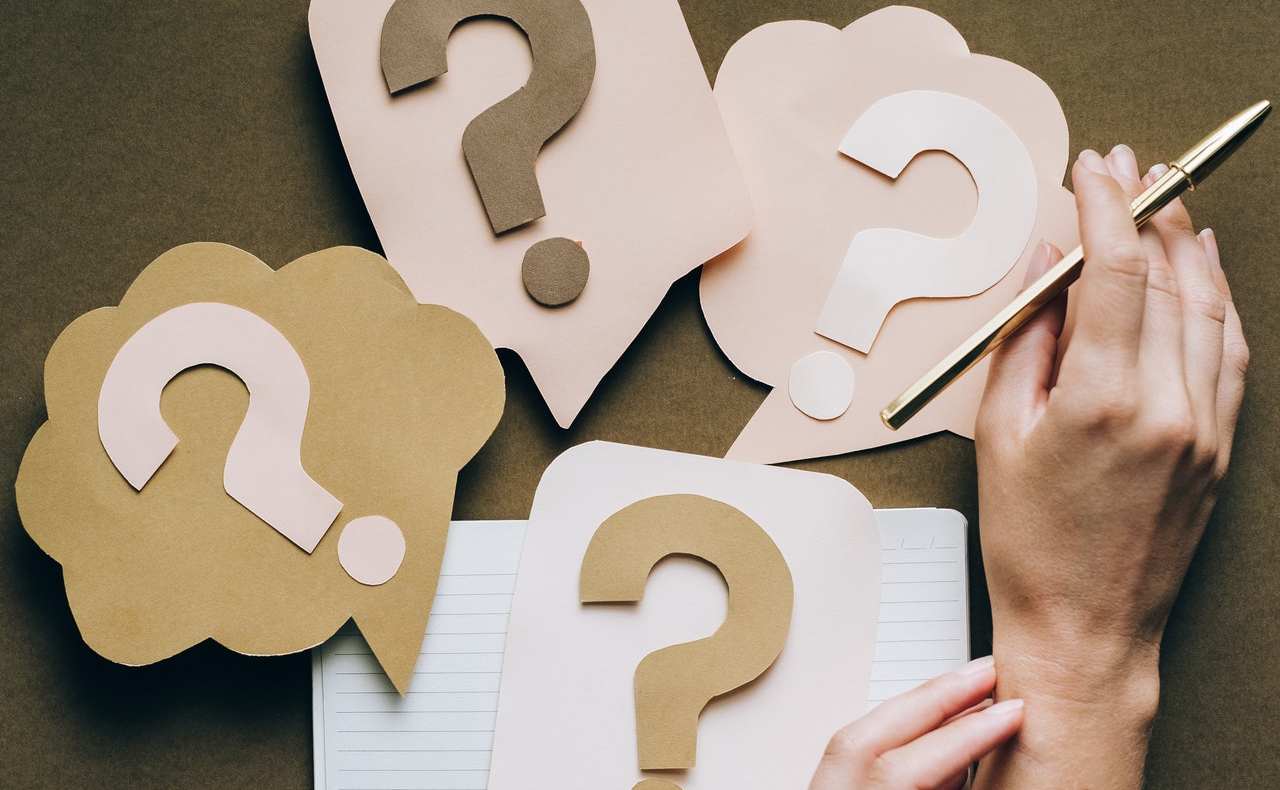 You won’t study German for long before you need to start asking questions (and I’m not talking about ‘why am I learning this crazy hard language?!’)

In order to engage with German speakers and get to know people, you’ll need to get used to the who, where, why, how, when and what question words in German. Luckily this is quite a straightforward concept in German, and the way questions are asked are very similar to in English.

What are the 9 Question Words in German?

The 9 question words in German are:

Wie is one of those words that you’ll encounter fairly early on in your German learning journey. One of the first things you tend to learn when learning a new language is how to ask someone ‘how are you?’

Let’s take a look at a few example sentences:

Now we know how to use wie, let’s move on to it’s two close relatives, wie viel and wie viele. These are maddeningly similar and the best way to learn which is which is through hearing and reading them in every usage.

With repeated exposure you’ll get used to them, make mistakes and you’ll eventually get them the right way round.

Both are used in the same way as in English. Let’s look at some examples:

Another nice simple one, was can be used in the same was as the English ‘what’. Sometimes, like in English, you might hear a wasss? just like the surprise exclamation ‘what??’

Did you know? The German word for ‘question mark’ is Fragezeichen. Frage means ‘question’ and zeichen means ‘mark’ or ‘sign’.

Wann is again pretty self explanatory and is used in questions in the same way was English.

You can see in the last example that instead of asking ‘how long?’ in German we say ‘since when?’

The last of the easy question words in German. Wer is used in the same way as ‘who’ in English.

Did you know? Ich habe eine Frage means ‘I have a question’ in German.

‘Why’ in German is a little more complicated as there are a couple of words that can be used for ‘why’. Warum is the most common and you can get along perfectly well using just that in the early stages.

There is another word we can use you ask ‘why’ and that is wieso. Think of warum as more childlike, asking why but not asking for too much detail.

Wieso is closer to the English question ‘how so?’ or ‘how come?’ You are asking why but you want to know more about how something is and for more details. It sounds far more ‘adult’ than warum, and I would encourage you to use it instead of warum as much as possible.

Wo is another word that has a little more detail to it. Firstly let’s look at some example questions:

So wo is used where we want to know the current location of someone or something. The object in question isn’t moving at all, it’s stationary.

If we want to ask where someone is coming from, then we need to use a new word, woher. Just like in English, we would say ‘where do you come from?‘ Woher means ‘where from’.

You can see from the second example that woher is sometimes separated, with her going to the end. Just bear that in mind so it doesn’t trip you up.

If we want to ask where someone or something going to, we need to use the word wohin. Again, like in English we would say ‘where are you driving to?’ Wohin means ‘where to’.

Again, sometimes wohin can be separated, so watch out for this.

How to Form Questions in German

When it comes to asking basic questions, German sentence structure is quite straightforward and uses some simple rules.

For questions that have a bit more detail to them, in general the same sentence structure applies, but the extra details are added to the end after position 3.

Note that in the third example sentence, we are using the past tense (‘where did you buy that shirt?’) Usual German sentence structure rules apply here to, conjugated haben (hast) in position 2 and the past tense verb, gekauft, at the end.

So now you know what the basic question words in German are, you’ve seen them in some example sentences and I’ve shown you how basic questions are structured in German.

Read next: German Sentence Structure Explained [Everything You Need To Know]