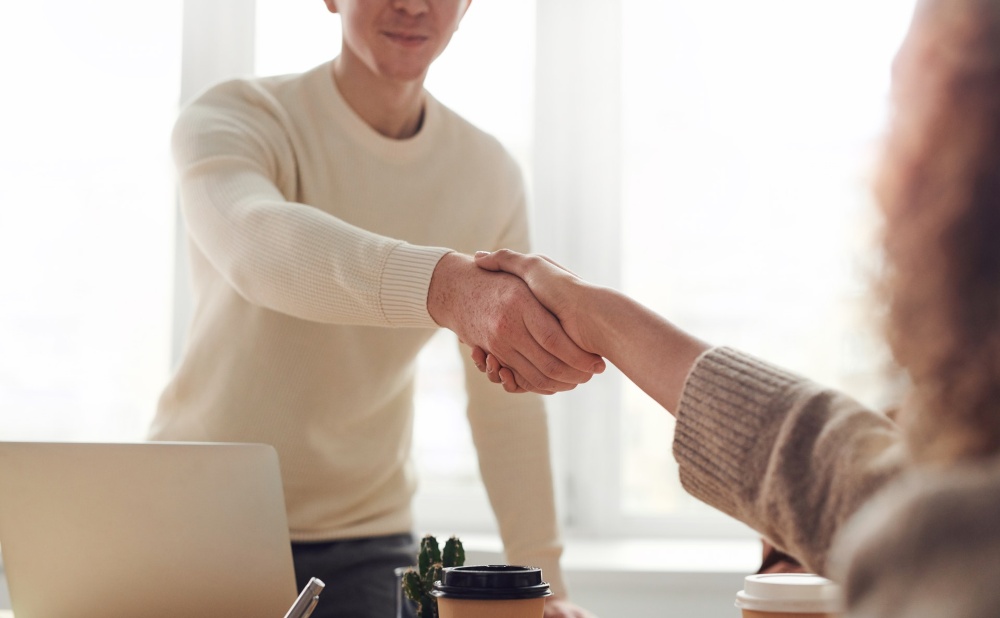 The more time you spend in German speaking countries, or just learning German, the more people you’ll meet. Some situations will require introductions in German, and some won’t. For those times when you need to introduce yourself, this post is for you.

There are many different ways to introduce yourself. Some introductions may be shorter, and some may take longer and be more involved, for example if you’re meeting some friends of friends, or if you’re starting a conversation with a new language exchange partner.

When to Use Formal & Informal German

Before we get started, an important feature of German is it’s use of the 2 words for ‘you’. In German we can say either Sie or du, both meaning ‘you’. However Sie is used for formal situations and du is for informal situations.

It’s important to know the difference because later on when we talk about introductions in German, you need to know which pronoun to use. Let’s take a quick look:

As I alluded to before, Sie / Ihnen is reserved for formal situations. When introducing yourself in meetings, speaking with new work colleagues or meeting new people who are older than you, use Sie. You would also use it for speaking with people you don’t know in more casual settings like when speaking to waiters or shop staff.

Du / dich is the informal pronoun. Use it whenever introducing yourself to people your own age of younger in informal situations for example when a friend is introducing you to one of their friends.

Introductions in German: How to Introduce Yourself

The great thing about introductions in German is that they follow the same basic pattern as in English. You start with a greeting, then a ‘nice to meet you’ and ‘my name is…’

All of these introduction phrases have their own posts which go into more detail about all the ways you can say them, so I’d recommend going through each post to further your knowledge on each phrase. You’ll find links to each post as you go along.

Let’s start the introduction with a simple German greeting, for most situations a simple hallo (hello) will be fine in both formal and informal situations.

‘Nice to Meet You’

Saying ‘nice to meet you’ when you meet someone for the first time is the next step when introducing yourself in German. There are many suitable phrases to choose from but the most common is:

Quite often this is shortened to the far easier phrase freut mich which can be used in both formal and informal situations.

If someone says ‘nice to meet you’ to you first, you can respond with:

Read more: How to Say ‘Nice To Meet You’ in German

Of course, what would be the point of introducing yourself if you don’t tell the other person your name. Again there are a few different ways to say ‘my name is’, but the simplest and most common phrase is:

If you want to ask the other person what their name is you can say:

Read more: How to Say ‘My Name Is’ in German

At this point we could reach the end of the conversation. Germans aren’t exactly fans of small talk, so in terms of introductions in German, this might be as far as the conversation goes.

However if the conversation naturally continues, perhaps you’re meeting a friend of a friend or a new language exchange partner you might want to share a little more about yourself.

Read more: Hobbies in German [How to Talk About Your Interests]

Introductions in German: How to Introduce Someone Else

Sometimes introductions in German don’t just involve introducing yourself, you might want to introduce someone else in German.

In formal situations such as introducing someone at business meeting you can say the following + the person’s name:

For less formal situations it’s normal to introduce someone with their name, and how you know them:

So now you have all the essential phrases to introduce yourself and someone else in German. Now let’s put them all together and see some real life introductions in German:

You’ve recently started a new job and are meeting a new colleague for the first time, naturally you’re keen to make a good impression and appear friendly:

Your German friend has invited some people over, and you’re keen to introduce yourself and make new friends: