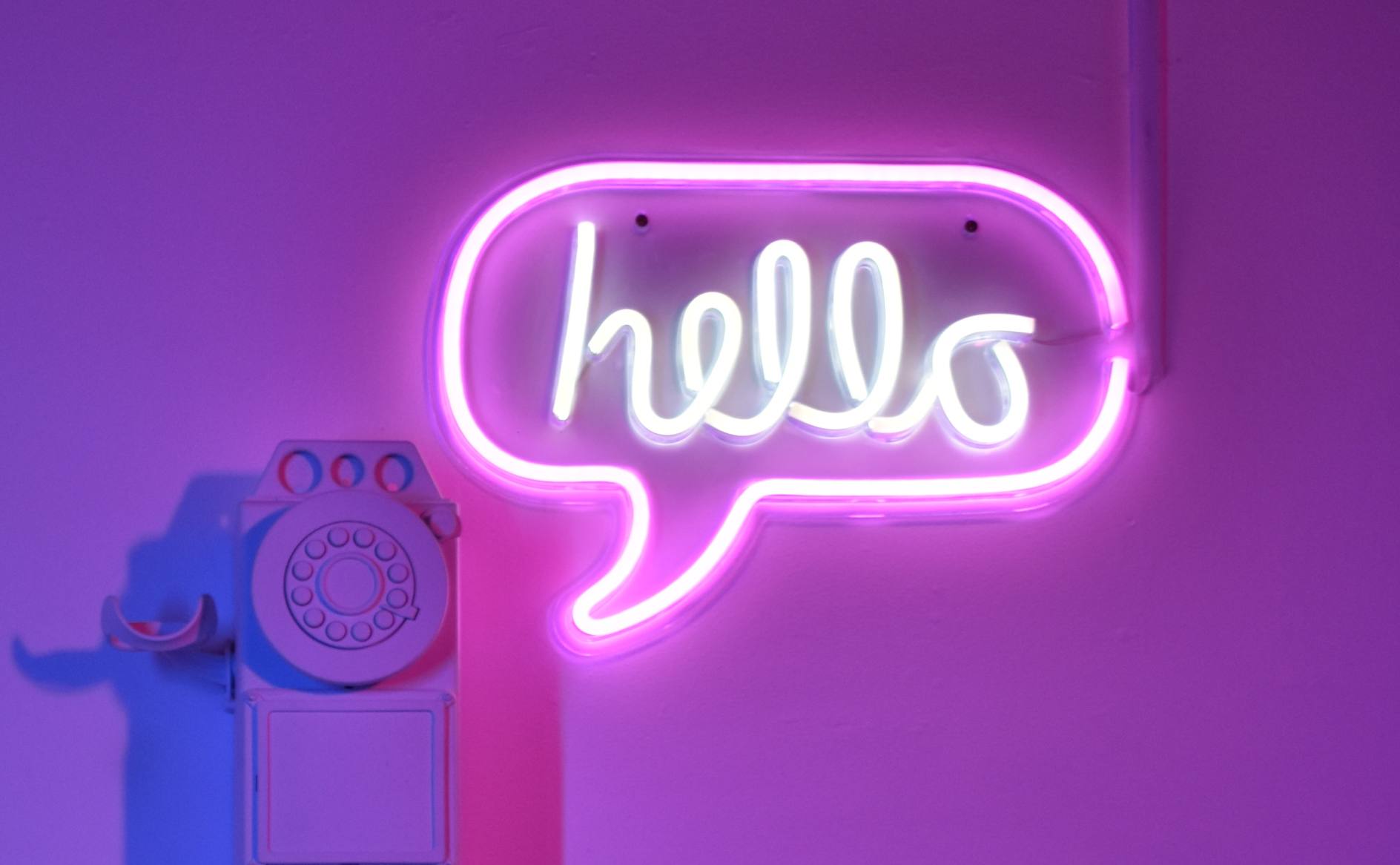 There are so many ways to say ‘hello’ in German. Do you want to learn how to say ‘good morning’ or ‘good evening’ in German? Or maybe you’d rather opt for a more informal German greeting like the cheery north German moin!

If you’re starting to learn German, one of the first things you’ll probably learn is how to say ‘hello’. Just like in English, there are loads of ways to greet someone in German. The simplest and most common German greeting is hallo, not too different from it’s English counterpart.

A simple hallo works well for most situations, but you will encounter many different German greetings depending on whether the situation is a formal or informal one, or where in Germany you are. People in Austria and Switzerland also have their own ways to say ‘hello’ in German.

So with that said, let’s dive in to the wonderful world of German greetings, auf geht’s!

Hallo! Well it doesn’t get much more straightforward than this. A standard greeting in German speaking countries, whether it’s formal or informal, with friends or strangers. You really can you this greeting anywhere, just be aware of the pronunciation differences between hallo in German and the English ‘hello’, so you don’t give yourself away as a tourist with the first word you say!

It sounds similar to the English ‘hello’ but with a flatter German ‘ahh’ sound. There is a slight pause between the ‘ha’ and ‘lo’, with the ‘ha’ sound being slightly higher pitch than the low ‘lo’ sound.

Usage: Everywhere and with everyone

Hi or hey is used in the same way as in English. More informal, you might not use it with shop or café staff but instead with friends and family. Like in English, it’s more widely used by younger people, you’re less like to find older people saying it much.

Usage: Fairly informal, use among friends and family

Hallo alle zusammen is translated as ‘hello / hi everyone’, alle is sometimes omitted. Hallo Leute is more like ‘hi guys’. Used for addressing a group of people, usually friends. Spend any amount of time watching YouTube videos and you’ll hear these greetings a lot.

Guten Tag (good day / good afternoon) is a phrase most non-German speakers have a least heard of. To complete the set we can also say guten Morgen (good morning) and guten Abend (good evening). Which one you use is time dependant, similar to ‘good morning / afternoon / evening’ in English. Generally use guten Morgen until late morning / midday, guten Tag can be used throughout the day until around 5pm, and guten Abend all evening.

You’ll often hear guten Morgen shortened to Morgen in the same way as English ‘good morning’ changes to ‘morning!’ Guten Tag sounds quite formal and I’ve never heard it whilst staying in Germany, it’ll probably give you away as a tourist if you use it. It’s sometimes shortened to Tag or Tach (when in North Germany) which makes it sound less formal.

Don’t mistake gute Nacht (good night) for a German greeting though! Although it follows the same pattern as the others, gute Nacht is only be used for saying goodbye. To greet someone in the evening or late at night just use guten Abend.

A very informal, playful way to say ‘hello’ in German. I’m not sure how often you’ll hear adults saying this, but I decided to include it as you’ll probably hear it at some point. Not suitable for a formal or work environment, you’ll certainly make a first impression, just not necessary the right one!

Usage: I’ll do further research next time I’m in Germany and report back. But just don’t use it with anyone other than good friends. Leave a comment below with their reaction.

This is a bit of an unusual one for us English speakers, but Mahlzeit is quite a standard greeting at around lunchtime. You can treat it as a ‘hello’, rather than thinking lunch has been served and rush off to your lunch break. However it can also be used a ‘enjoy your meal’ greeting as well.

Usage: Commonly used throughout Germany, often heard between colleagues in a workplace setting

Now we’ll look at some of the regional greetings. Depending on where you are in Germany, or other German speaking countries, you’ll encounter many different regional ways of saying ‘hello’ in German. If you really want to blend in, try out some of these on the locals.

Spend 5 minutes in north Germany and you’ll be sure to hear the cheery greeting moin! The beauty of this word is that everyone uses it, all day, in all situations. Friends, strangers, work colleagues, shop staff, you’d better get used to hearing this cheerful greeting. It’s a substitute for ‘hello’, ‘hi’, ‘good morning’, ‘good evening’, and anything else.

Mostly heard in the northern cities of Bremen and Hamburg and surrounding regions. North Germans love this greeting, it’s even on the trash cans / bins! You’ll hear suggestions to double it up as moin moin, but to the efficient and word-saving north Germans it’s overkill when a simple moin will do the job.

Usage: Used in most situations but localised in north Germany

Translation: At your service

At the other end of the country in Bavaria, and also in Austria, servus is used as both a ‘hello’ and ‘goodbye’. It is a shortening of the Latin phrase ‘I am your servant’, similar to the English phrase ‘at your service’. In that case, you could be mistaken for thinking this is a formal greeting. However, like moin it is used in all situations.

One of my favourite German language TV shows is Der Bergdoktor, set in Austria, I must hear servus 15 times in each 90 minute episode!

Similar to servus, grüß Gott is a Bavarian and Austrian greeting. Say this to anyone in the north and they’ll think you’re a Bavarian tourist. Despite having religious connotations, this greeting is used by many people and seems to have lost it’s religious roots. Think of it as a more formal version of servus, often used by the older generation.

Grüezi is a Swiss greeting that you would use in formal situations, such as at work, or speaking with people you don’t know such as people in customer-facing roles (shop workers, waiters etc.)

Back to north Germany again, for the most confusing and versatile greeting there is. The north Germans, wanting the most efficient way to say ‘hello, how are you?’ managed to condense that phrase down to a two letter question, na? If someone says it to you, you can just reply straight back with na.

Usage: Very informal, used among friends in a casual way. Only really used in the north.

Let’s stay in north Germany for a little longer (well, it is my favourite part!) and learn another super informal greeting. Jo (sounds like ‘yo’) is very casual, cool way to say hello in German. Best to keep this one among friends.