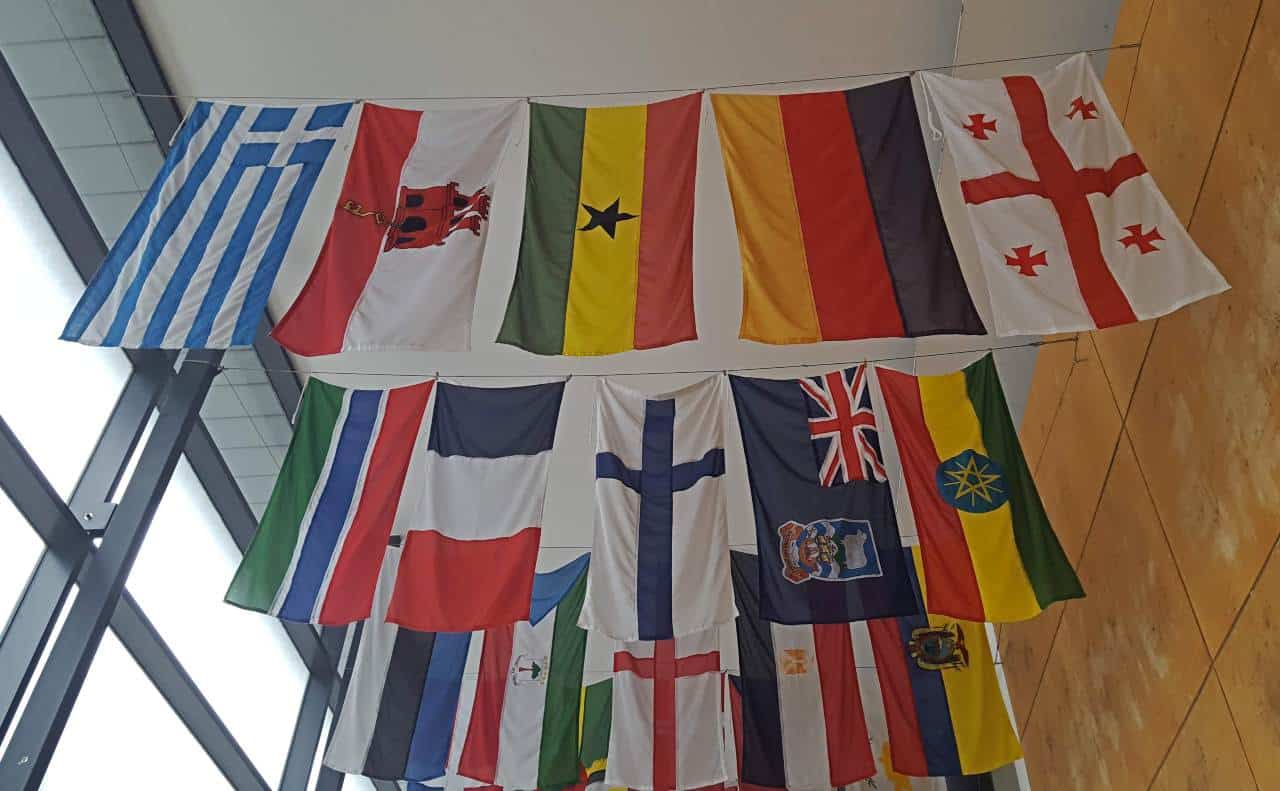 Whenever you meet someone new, it’s nice to learn a bit more about them. Learning to ask ‘where are you from?’ in German, will give you a useful ice-breaker that can lead on to an interesting conversation.

Germany is known to be quite multicultural in many of it’s cities, so you’ll probably encounter people whose accents vary. If you spend any amount of time in German speaking countries yourself, you’ll get noticed quite quickly as not being a native speaker. You may find yourself being asked ‘where are you from?’ so learning how to respond to this question is also a good idea.

How to ask ‘where are you from?’ in German

Before we get started, a quick note on formal and informal German. As you probably know, German has 2 ways to say ‘you’, the formal Sie and informal du. In this post I’m going give you phrases using both versions.

If you’re meeting someone for the first time and it feels more formal, such as speaking with someone older than you, use the formal version.

In more informal situations, talking to people your own age or younger, or friends of friends, use the informal version. With all that said, let’s dive in:

Wo kommen Sie her?

Meaning: Where do you come from? (formal)

The easiest way to ask ‘where are you from?’ in German is to use the phrase wo kommen Sie her? If you want to use the informal version you can say:

In this phrase we are using the separable verb herkommen (to come) with the prefix, her- being separated and going to the end of the sentence.

This phrase is very similar, and is often used interchangeably with the first phrase. It is argued though, that there’s a slight difference. Wo kommen Sie her? translates are ‘where do you come from?’, meaning your origins. Woher kommen Sie? can be used to ask ‘where are you coming from?’ relating to a current journey.

You may hear these phrases as a tourist in a German speaking country, but what if you’re actually living there?

If you’ve been chatting with someone, and made it clear that you’re currently living in the country, the person you’re chatting to may be curious to know where you come from originally. To clarify what they mean you might hear:

I remember exactly how I learned this phrase. I met a new language exchange partner who lived in Germany, spoke excellent German, and was originally from Peru. So it’s definitely a useful phrase to know.

Wo wohnen Sie? / Wo leben Sie?

Meaning: Where do you live? (formal)

Another way to ask ‘where are you from?’ in German is to ask wo wohnen / leben Sie? (where do you live?) Although not quite as common as the former phrases, it does crop up quite a bit. The informal version is:

The reason there are two options for the verb, either wohnen or leben is that they both effectively mean the same thing (to live). However there are subtle differences between the two, leben has a much more personal feel (where do you spend your life?) and wohnen (similar to die Wohnung, the apartment) is more impersonal, a bit like ‘where do you reside?’

However the differences are so subtle that a native speaker isn’t going to mind which one you use.

Meaning: Where exactly in …?

If you’re interested in where someone comes from, and you want to narrow down the location a bit more you can always say wo genau in [country]? If someone tells you they come from the US, you might be thinking, ‘well that’s a bit country, where abouts in the US?’

Meaning: Are you from here? (formal)

In situations where you’re in a city you don’t know well, and need to ask for directions, a good opening phrase to a stranger would be sind Sie von hier? (are you from here?)

Of course this isn’t aimed as a conversation starter in a social sense, but being able to ask someone whether they live in the area before you ask for directions is a good idea.

How to say ‘I come from…’ in German

If someone says to you ‘where are you from?’ in German, how would you respond? There are a number of different ways to say ‘I come from …’ in German, from basic phrases to more detailed descriptions.

The first thing to do is to learn the German way to say your country’s name, as like other languages, German has it’s own names for all countries. You can click here to jump to the list at the bottom of this post.

Another to say where you come from in German, is to just state your nationality. This is really straightforward since you can just say:

You just need to remember to specify the correct gender when you declare your nationality, as in German usually adds the suffix -in for females.

You’ll find a list of nationalities in the table below.