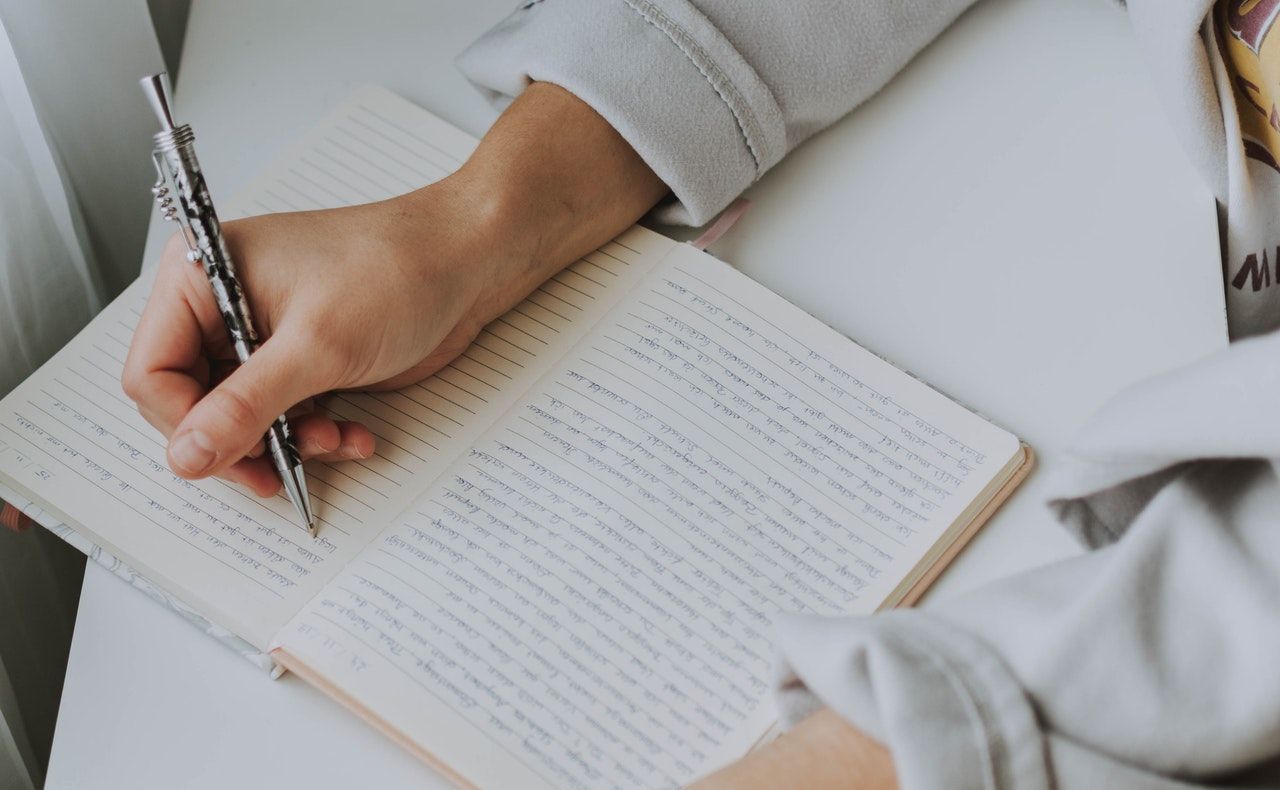 This can be a complicated subject for beginners, but believe me that once you learn the rules, you’ll be able to form sentences like a pro. In this post we will start from the very beginning, then gradually add elements which change the basic structure.

There’s a lot to get through, so let’s get started, auf geht’s!

In German, the basic sentence structure is the same as in English. Both languages use the ‘subject verb object’ (SVO) structure. Let’s take a look at an example sentence:

In fact, this basic structure is used whenever only one verb is present. The structure follows:

Now let’s add some more information to this basic sentence. Before we do this though, we need to learn another rule:

Rule 2: Time Manner Place – To keep things simple, whenever you need to give more information in a sentence follow the ‘time manner place’ rule.

All 3 elements may not be present in the sentence, for example in some sentences only time and place may be needed. Sometimes only place is used.

Let’s look at some example sentences using both rule 1 and rule 2:

Hopefully you can see from these examples that not all 3 elements of Time Manner and Place need to be present for the sentence to make sense. But the correct word order is followed:

German sentence structure is very flexible, so sometimes you will see the time element moved to the beginning of the sentence. We actually do this in English as well. We can say ‘I go to the gym on Wednesdays’ or ‘On Wednesdays I go to the gym’.

In German however we must always refer back to rule 1: The conjugated verb always goes in position 2. This means we end up with a slightly different word order to what we have in English.

So now we have the following structure, with the verb still correctly in position 2:

If we are using a separable verb such as ankommen (to arrive) the prefix, an-, is always separated and goes to the very end of the sentence.

The take away for this part is that the conjugated verb stays in position 2, no matter what. If a separable verb is used, the prefix is separated and goes to the end of the sentence.

So now we have the basic German sentence structure sorted, let’s see what happens when we introduce a second verb. It’s very common to find two verbs in a sentence. Sometimes these are two ordinary verbs, but we’ll also encounter this when we use a modal verb, which always requires a second verb.

For this we need to learn a third rule:

Rule 3: The conjugated verb is in position 2 (this is the modal verb if we are using one). The second verb is unconjugated (i.e in infinitive form) and goes to the end of the sentence.

Let’s take a look at an example sentence to make this clear:

You can see that we’re getting a bit further away from English sentence structure. But the important thing is we are following rules 1 and 3. The Time Manner Place rule 2, is still followed, it is grouped with ‘Other Info’ and goes after ‘Position 2’ and before ‘The End’.

We also encounter this when using the future tense, since we’ll use the verb werden plus the main verb.

In the case of separable verbs, these are not separated when used with a modal verb. Instead we conjugate the modal verb and put it in position 2, and the unconjugated, unseparated separable verb goes to the end:

Rule 4: The auxiliary verb (haben or sein) is always conjugated and goes in position 2. The main verb is in the past tense and goes to the end of the sentence.

Let’s take a look at some example sentences:

So we have the following sentence structure:

So far we have seen the conjugated verb stuck firmly in position 2. But from now on we are going to make a few exceptions for this rule.

Here are a few example questions:

If we are using two verbs in the question, we use the same structure as previously learned for 2 verbs, except the verb and subject follow the new question sentence structure rule 5.

How a Conjunction Affects Sentence Structure

So far we have learned some simple rules for forming German sentence structure. The conjugated verb always goes in position 2 and the subject goes in position 1, unless we are asking a yes / no question. If there is further information that goes next. Lastly, if there is a second verb, that remains unconjugated (in the infinitive form) and goes right to the end.

We are now going to introduce some conjunctions such as aber (but), und (and), oder (or). These 3 common conjunctions don’t affect the sentence structure.

However, because this is German, there are some more exceptions. Certain conjunctions cause the conjugated verb to move from it’s usual position 2, to the very end of the sentence. Here are some basic conjunctions to watch out for:

There are many more, but to keep things simple let’s focus on these 3 for now. These type of conjunctions are known as subordinating conjunctions. The sentence starts with the ‘main clause’ then when a subordinate conjunction is used, it introduces the ‘subordinate clause’. Effectively, the sentence is broken into two parts. Here is an example:

You can see in this example, because the subordinate conjunction weil, has been used, we now have two parts to the sentence, the main clause and the subordinate clause. The two clauses are treated like separate sentences and separated with a comma (,).

The subordinate clause has a different structure:

This is a complicated concept to get your head around, trust me, it took me ages to be able to form subordinating clauses correctly. Let’s take a look at another example. Remember main clause and subordinate clause.

You can see in this example, the main clause is structured as normal. Then we use the conjunction ob (if / whether). This begins the subordinate clause which means the conjugated (main) verb needs to go to the end of the sentence.

You can read my in depth post about German subordinate clauses here.

The Rules for German Sentence Structure in a Nutshell

That was a lot to get through, and if you made it this far gut gemacht (well done!). Let’s have a quick review of what we have learnt in this post.

When you’re first starting out, German sentence structure can seem intimidating. It can differ quite a bit from what we are used to in English. My best advice is to become familiar with the 6 rules in this post. Start by forming basic sentences which have the same structure as English. Add a little more detail and remember the Time Manner Place order.

Try introducing a second verb, and get used to that verb going right to the end of the sentence. You will become better and better at using 2 verbs if you use the past tense.

In order to get used to the structure, I would suggest starting a journal in German. Practice writing sentences about what you plan to do that day, or what you have done in the past. Writing everything down gives you time to process what you have learned, check that you have followed the correct sentence structure and will build confidence. Then you can move on to speaking with a language partner.

I’ve been in the same position you are in now. I still struggle to remember which verb I need to put at the end of a sentence. It can be daunting, but with writing practice, learning the rules and being patient, you will get there. Good luck!