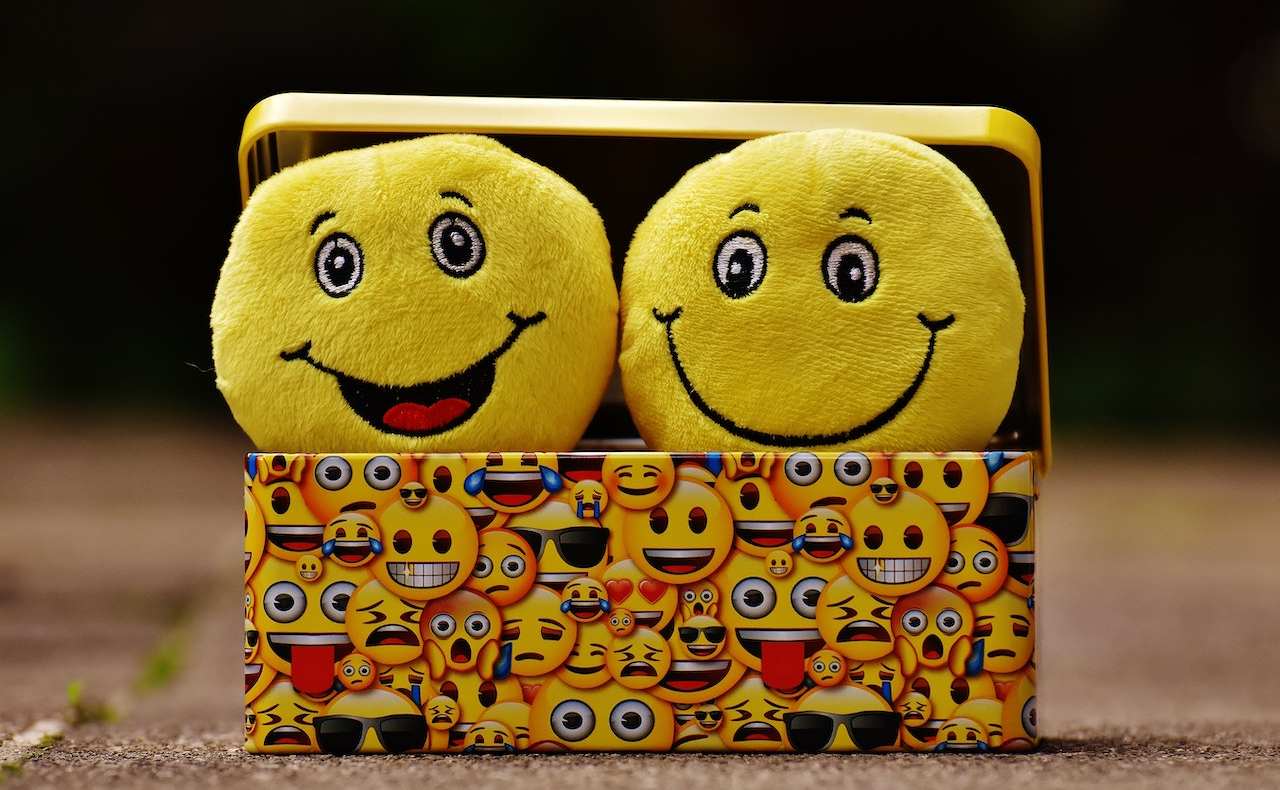 It’s never good to keep your feelings bottled up, and finding yourself in a foreign country can make expressing your emotions especially difficult. Knowing how to talk about your emotions in German is an important skill, whether you’re hanging out with friends or telling a loved one that you’re feeling homesick.

Just like in English, there are a huge number of words used to express emotions in German. You also need to know how to use these words in a sentence to convey your feelings.

Asking About Emotions in German

Imagine you’ve met up with a friend, and they’ve got a slightly odd expression on their face. You can’t really tell just by looking at them how they’re feeling. There are two main ways to ask how someone is feeling in German.

For the purposes of this post, I’m going to use the informal du form of ‘you’, since you’re most likely to be chatting with someone informally if you’re discussing emotions.

The first phrase wie fühlst du dich? can be used to really get into the details of how someone is feeling.

The second phrase wie geht es dir? is more of a general ‘how are you?’ and you wouldn’t expect to go into as much detail in your answer.

Expressing Your Emotions in German

In order to express your emotions in German, you’ll need to know adjectives to describe a particular emotion or feeling, plus the main sentence including a verb to create a coherent sentence.

Let’s start by taking a look at common adjectives used to describe emotions:

In order to create a sentence to describe how you’re feeling, we need to add a phrase before the adjective. There are a number of set phrases you can use, some of them are interchangeable and some adjectives can only be used with certain phrases. You’ll discover more as we go:

Ich bin is the simplest phrase phrase to learn, you probably know it already. It can be used with almost all of the adjectives listed above. Some complete phrases using ich bin that’ll you’ll probably hear are:

Some of the basic adjectives have both present and past forms. When using ich bin we must only use the past participle of the adjective as shown the last example above: ich bin verwirrt (I’m confused) not ich bin verwirrend (I’m confusing).

In order to use the present tense version of the adjective, we need to use another phrase which you can read about later: ich finde das…

Here’s another example to make this clearer:

Since this is such a simple phrase, you can easily add more information after the adjective:

Ich fühle mich is a reflexive verb used to describe how a person feels. Since the verb itself doesn’t describe an emotion, we need to use an adjective with it.

Certain adjectives need to be used with ich fühle mich instead of ich bin. This works the same in English, choosing the wrong phrase can give a completely different meaning to a sentence. Let’s take a look at some examples:

Can you see in these examples how important it is to consider what you’re putting before the adjective?

There are a lot of adjectives which can be used with both ich fühle mich and ich bin and still have the same meaning:

While we’re on the subject of reflexive verbs, there are some reflexive verbs which stand on their own to describe an emotion. There aren’t that many common ones but you’ll probably hear the following:

There are some adjectives that you definitely don’t want to pair with ich bin, and for these special exceptions we need to say mir ist or es ist mir.

This phrase can seem a little different to English speakers, but it’s best to think of it as ‘it’s… to me’ or ‘for me it’s…’ Here are a couple of examples:

Sometimes to express feelings in German we need to use a noun instead of an adjective. There aren’t many situations where this is the case, but the phrases that do are used often.

Since we are using a noun to express an emotion, that noun can’t sit on it’s own in a sentence and needs a verb to describe it. Mostly we’ll use haben (to have) or machen (to make / do).

There are some wonderful German words which don’t really have English translations, which beautifully describe certain feelings. Here are a few of my favourites, which you’ll find in everyday use:

This is one of my favourite German adjectives, probably because it’s untranslatable, but once you understand what it means you can ‘feel’ it. It’s the feeling of cosiness and contentment that you get when you’re with your people, in a warm, comfortable place.

When used in a sentence you can either use it as an adjective on it’s own: es ist gemütlich or if you want to talk about getting into a gemütlich mood you can use the verb machen (to make):

Literally translated as ‘distance-pain’, Fernweh describes the feeling of wanderlust. Since it’s a noun (das Fernweh) it always needs a verb to describe it, in this case haben (to have).

And lastly, the complete opposite noun: Heimweh literally translates as ‘home-pain’ and describes the feeling of homesickness. Again it pairs with the verb haben:

Meaning: I find it…

It is often used to create more detailed sentences in order to give more detail about what is causing the emotion and to give opinions.

So now you know all the different ways to expressing emotions in German. Let’s finish by having a bit of fun. Idioms and sayings are a great alternative way to show your emotions, and will make you sound like a native speaker too.

Here are a few everyday idioms that you can use instead: