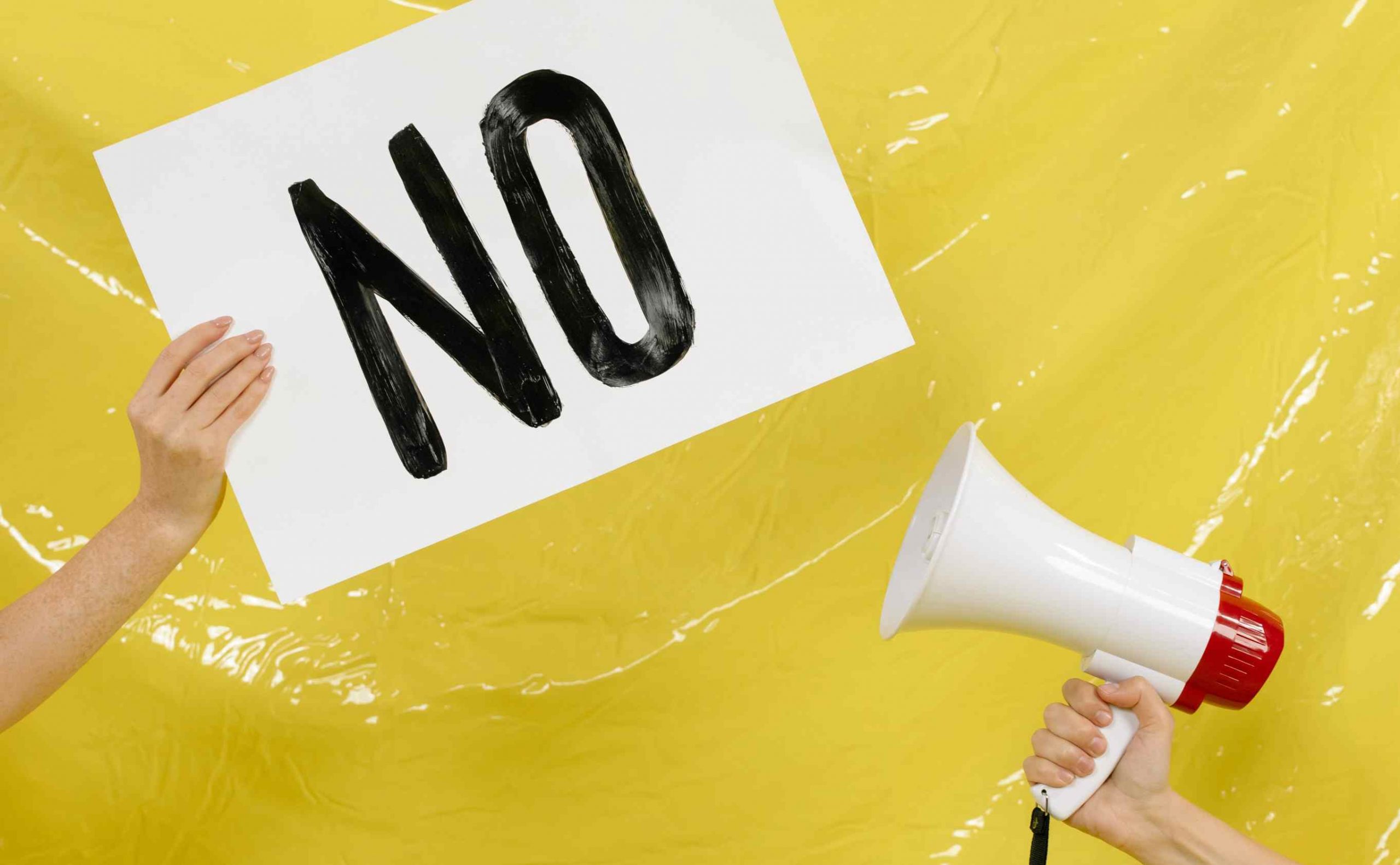 When it comes to saying ‘no’ in German, most of us have heard of the word nein. However there are a few other ways to express a negative response other than nein. There are also the different ways to negate a sentence, such as ‘I don’t like chocolate’ (echt?! really?!) and ‘We have no time today’.

In this post you will learn all the common ways to say ‘no’ in German, and the various ways to negate a sentence.

How to Say ‘No’ in German

The direct translation to ‘no’. Just like in English, it can sound a little rude if used on it’s own. Pair it with danke (thank you) to make it sound more polite.

Nee is a colloquial word for ‘no’ in German that is widely used in Northern and Central Germany. It sounds less abrupt than nein, and can be compared with and English ‘nope’ or ‘nah’.

Meaning: No way / absolutely not

For when you want to make it clear you will not change your mind. You can add gar to increase the intensity of the statement further: auf gar keinen Fall (absolutely no way / under no circumstances).

Meaning: Not at all

When you need to emphasise something you can use überhaupt nicht rather than just nicht.

If you need to say no, but you want to soften the news to someone, you can say leider nicht. It will express to the person you are saying ‘no’ to that you are doing so with regret.

Meaning: Would rather not

If you want to refuse something, but really don’t want to upset anyone, one of the softest ways to say ‘no’ would be ‘I’d rather not’. Luckily German has a similar phrase for this situation: lieber nicht.

How to Use German Negation

When we want to use German negation in a sentence (to turn a sentence from a positive into a negative) we have a couple of options. To begin with, let’s take a look at some examples of negation in English:

You can see from the above examples that in English we often use two negations ‘not’ and ‘no’. The good news is that German uses a similar system: nicht (not) and kein (no).

Let’s take a look at how to correctly use negation in German.

To keep things simple, think of kein as another way to say ‘no’ in German.

Kein is only used to negate a noun, and is used in place of the indefinite article (ein, eine), directly in front of the noun.

You’ll notice that in this case kein has -en added to the end. We need to do this because kein is replacing the indefinite article, and needs to be behave in the same way, changing it’s ending depending on which case is being used. Here are a few more examples:

So we know that kein negates nouns in German, but only when there is no definite article being used. But what if you want to say ‘I don’t know the woman’. Because the definite article is being used, we use to use nicht, instead of kein.

We use nicht for all other negation in German. Think of nicht as ‘not’ in German.

If we want to use a definite article (der, die, das) or possessive pronoun (mein, dein, sein, ihr etc.) with a noun, we need to use nicht.

Nicht is also used to negate verbs, adjectives and adverbs:

If the whole sentence is negated, nicht goes to the end.

So now you know how to say ‘no’ in German, and how to correctly use kein and nicht to negate a sentence. If you’re ready to be more positive check out How to Say ‘Yes’ in German.