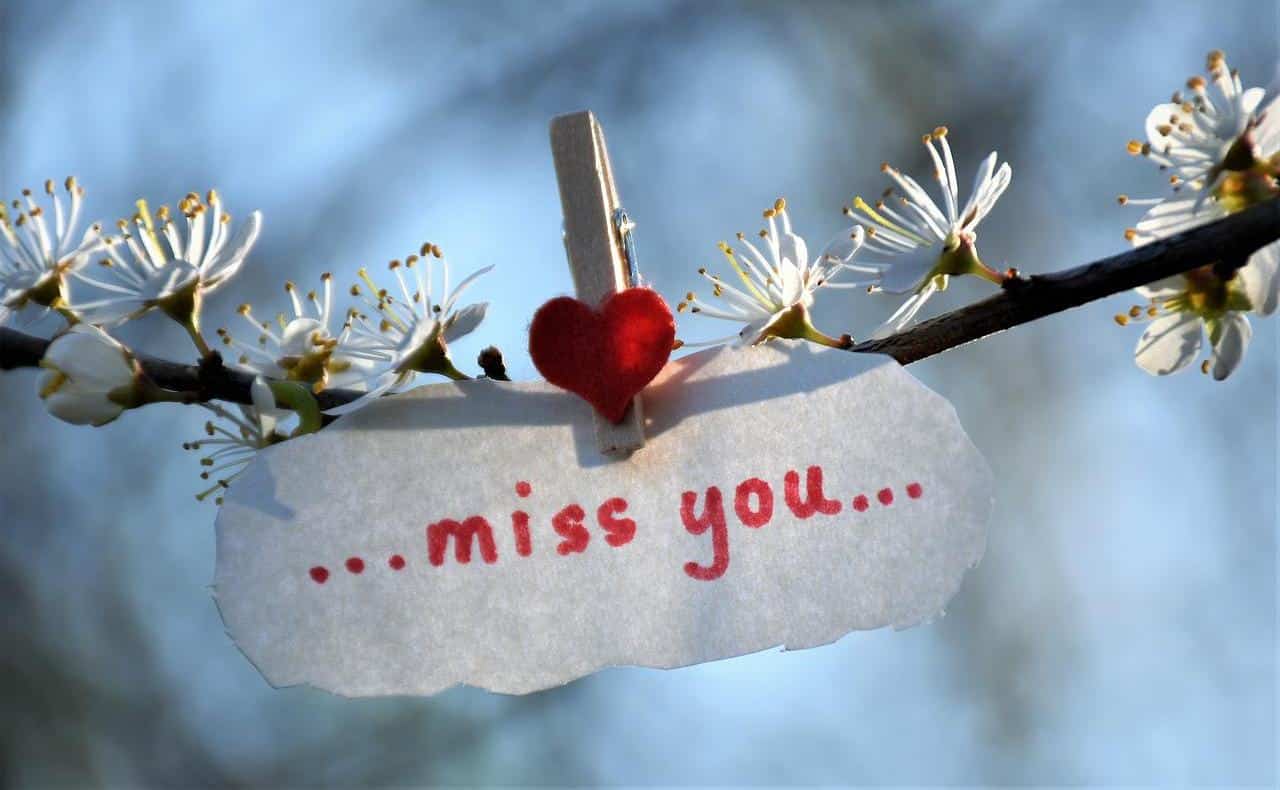 There will always be times when we miss someone. Whether that’s a friend or a partner, sadly there are periods when people are separated. It may be for just a few days or even longer periods.

It’s important to know how to say ‘I miss you’ in German in order to express to someone that you care about them, and that you are thinking of them.

How to Say ‘I Miss You’ in German

A quick note on formal and informal German. You probably know that German has 2 words for ‘you’, the formal Sie and informal du. In this post I’m only going to give you phrases using the informal du, since you’re most likely to be talking to someone informally if you’re talking about missing them.

Don’t forget that pronouns change depending on which case is used, so you’ll see the accusative dich and dative dir used in this post. Certain verbs demands certain cases as you’ll see in a minute…

Ich vermisse dich is the most common way to say ‘I miss you’ in German. This phrases uses the verb vermissen (to miss) which demands the accusative pronoun dich (you). It’s used in the same way as we would in English.

In this phrase we are using the verb fehlen (to lack / to miss) which demands the dative pronoun dir (to you). You may notice that we’re not using the previous format ‘ich fehle dir’. This is because ‘ich fehle dir’ translates as ‘I am missing to you’, which is incorrect.

In order to use fehlen correctly, we need to say ‘you are missing to me’: du fehlst mir.

Just like the first phrase, you can add intensity by adding sehr: du fehlst mir sehr (you are missing to me a lot = I miss you a lot).

I miss you too

If someone says ‘I miss you’ in German to you, it’s easy enough to respond back in kind. You just need to add auch (too / also) to the end of the phrase:

Do you miss me?

If you’re feeling a little insecure, you can just go ahead and ask that special someone if they miss you. In order to do this we just need to follow the German sentence structure rules for asking questions, namely the conjugated verb goes first, followed by the subject. Which gives us:

We can’t really do the same thing with du fehlst mir, so it’s easier to stick with vermisst du mich? for asking if someone misses you.

If you want to tell a group of friends that you miss them, you can use the ich vermisse … format which you’ve learned, with the German plural pronoun euch (think if it as ‘you guys’).

Remember at the beginning I mentioned that the verb vermissen demands the accusative case. That’s why we need to say ich vermisse euch (accusative) instead of ‘ich vermisse ihr’ (nominative), which would be incorrect.

Talking About Someone Else

If you’re talking to someone and want to explain that you’re missing someone, you can use the familiar phrase ich vermisse and just change the pronoun to the appropriate accusative pronoun: ihn (him) or sie (her).

If you want to make it clearer who you’re missing, you can clarify by adding Freund / Freundin (boyfriend / girlfriend) or Mann / Frau (husband / wife). If you want to give the persons name you can simply say ich vermisse [Name].

How to Say ‘I Missed Something’ in German

Now having got the phrase ich vermisse into your head, you could be forgiven for thinking you can use it whenever you want to say you missed something, for example the bus.

However to say you missed something, as in that thing passed you by, we need to use a different verb: verpassen, which confusingly also means ‘to miss’.

An easy way to tell the two apart is the clue given in the words themselves: vermissen (miss = think of it as to miss someone) and verpassen (pass = something has passed you by).

Let’s see this in some example sentences:

So now you all the different ways to ‘I miss you’ in German, plus some other useful phrases for talking about missing people and things, although I hope you don’t need to say these phrases too often!