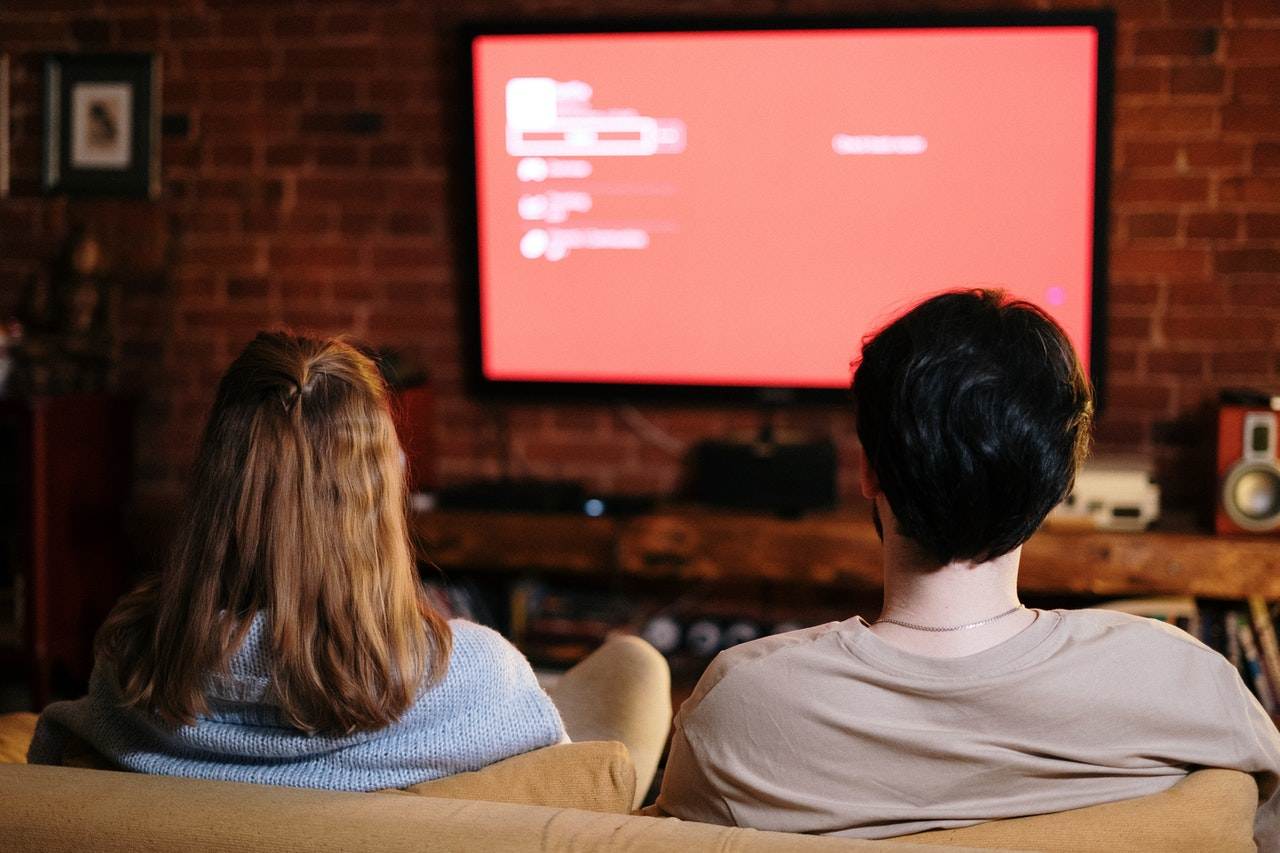 We live in an incredible time to be learning languages. There are endless ways to immerse ourselves in our target language thanks to the internet. If you are studying German, you’re in luck. Germany, Austria and Switzerland have a large number of national TV stations, producing their own, home-grown TV shows. Many of these TV channels can be accessed online, providing countless hours of language immersion.

Watching German TV shows online has so many benefits for your German learning journey:

There are a few methods for watching German TV online. Mostly it’s just a case of knowing the German TV channels, and searching for their livestream. However there are countless hours of programming to be found if you dig a little deeper. Some of the larger TV channels have an online Mediathek which is like the online catch-up channels. There are a tonne of TV shows online just waiting to be discovered!

In some situations you many encounter something called geoblocking. When you live outside of the country the channel is intended for, geoblocking can prevent you from accessing the channel or Mediathek. The good news is that you can get around geoblocking relatively easily using a VPN such as NordVPN.

Using a VPN to get around geoblocking is a bit of a legal grey area. Of course downloading copyrighted material is illegal, but for streaming it for your entertainment, the rules are more vague. The rules may vary depending on where you live.

If you decide against using a VPN, don’t worry, there are still loads of German language TV freely available online.

With all that said, here are my best tips for watching German TV shows online. In each case I will let you know whether or not you’ll need a VPN to access each one.

Where You Can Watch German TV Online

When I first discovered German TV I found it overwhelming. There is just so much to choose from and so many channels. Below is a list of channels and TV shows which should clear things up a bit and give you somewhere to start.

ARD is a massive German public broadcaster with their main channel Das Erste producing a fantastic selection of entertaining programming. They also produce a number of regional channels, so if you’re interested in a particular region, you might want to spend some time watching the local news shows.

The live stream for ARD gives you access to Das Erste and all the regional channels without a VPN (that’s certainly the case here in the UK). Certain live programmes will not run without a VPN so you’ll just have to play around and see what you can access.

There is also the ARD Mediathek which is the archive for the zillions of TV shows it has produced. It really is a case of searching through it and seeing what you like. There is everything you can think of there, from die Nachrichten (the news), Krimi (crime dramas), Dokus (documentaries). Even if you only used the ARD Mediathek, you’d never run out of things to watch and it’s constantly updated.

Das Erste is home to some of my favourite shows including the long-running crime drama Tatort and nature documentary Erlebnis Erde.

ZDF is the other huge player in German public TV. As before, you have two options, you can stream ZDF live where you can access not only ZDF but it’s other channels, and a number of partner channels which also produce great TV.

You can also access the ZDF Mediathek to watch hours of archived TV shows. In both cases with ZDF you will require a VPN. It’s up to you whether you’re happy to use one.

ZDF is home to some amazing shows including Der Bergdoktor, Heute Show and Terra X.

Joyn is a relatively new live streaming service, providing access to most if not all of the public access TV channels. It’s great because it’s free, and you can just scan through all the channels in the guide and see what it playing now and next.

You will require a VPN to access it, and I have found the online service to be a bit temperamental so I don’t use it very often. I used to use it as a TV guide to see what shows were on, and then going directly to that channel’s own livestream. But since discovering the free TV-Today app (Android) I don’t need to use it even for that.

It’s a useful service for when you’re getting started to give you an overview of the channels, but you may outgrow it eventually. All the channels have their own livestreams.

If endless hours of TV entertainment isn’t enough, we also have YouTube. I have written before about some of my favourite YouTube channels for learning German. But there are also a tonne of YouTube Channels aimed at native speakers that provide all kinds of entertainment.

If you don’t want to use a VPN to access ZDF or some of it’s shows, they also have a YouTube channel with has a load of shows on there, and should be accessible without a VPN.

It’s difficult to recommend specific channels because we all have different things that we enjoy watching, but here are a variety of options:

WDR Reisen, as the name suggests, is focused on travel. WDR is a regional branch of ARD, in this case west Germany. Needless to say, if you’re interested in travel, this should be interesting for you. The channel presenters travel the world and each episode focuses on one country. There are also shows about van life and camping etc.

ARTEde is a documentary based channel. It is full of current affairs, news and culture. It’s fairly advanced stuff, so you probably want to be around B2 to be able to enjoy this one.

MrWissen2Go is an independent YouTuber who creates videos around 10 minutes long. As the name suggests, it is a factual channel which covers many topics. You’ll find current affairs, science, technology and history here. I really enjoy this channel. I’m around B1 for listening and although the presenter does talk in that fast YouTube style, he speaks very clearly and I really enjoy his videos even if they are a bit challenging and crammed with information.

ZDFHeute Nachrichten is a news based channel from ZDF. Great for keeping up with German news on ZDF without a VPN, you can also watch heute-journal here, a well known and long running news show.

Terra X is paradise for documentary lovers. It is produced by ZDF, so normally you need to use a VPN to access it. However on YouTube you can stream whole episodes without one. I particularly love the nature documentaries, but there are history, science and lots of documentaries about Germany on there.

The German dub of Peppa Pig, Peppa Wutz is great if you’re just starting out. It’s very visual so you can use context to work out what the characters are talking about. They use everyday speech and situations, and despite being made for children, the stories are pretty interesting and shouldn’t drive you too mad!

So we’ve had a look at how you can watch German TV shows online and some of the channels that are available. But let’s narrow it down a bit more to actual shows you can watch. As I’ve said before, it’s difficult to give recommendations because everyone has different tastes. But here are some of my favourite shows to watch.

The long running crime series, Tatort (translated as ‘Crime Scene’) follows various regular police teams around Germany as they solve crimes and deal with their own personal stories.  Each Tatort episode features a different police team in a different city in Germany. Not only can you enjoy the story as you try to solve the crime, you are treated to loads of shots of the city that episode is based in and the local accent.

Tatort is produced by ARD so you can watch it without a VPN. You can also enable Untertitel (subtitles) in German and audio description. Watching an audio described show is amazing because you can cram even more German into your brain. A narrator describes what is happening in the scene for visually impaired people, and it’s something I’ve found really helpful.

Der Bergdoktor is my current favourite drama to watch. It follows the life of the ‘mountain doctor’ Martin Gruber in the beautiful Austrian Alps. The viewer is treated throughout each episode to stunning Alpine scenery, which is reason enough to watch. The stories are exciting and engaging with very long story arcs following Martin and his family and friends, and weekly stories following his patients.

It is produced by ZDF so you will need to use a VPN on this one. You also get subtitles, which for me are essential as it gives me a chance to understand some of the complicated medical terms. I’ve picked up a lot of idioms and everyday speech (especially from Martin’s friend Alexander) and despite it being set in Austria, the actors all speak in Hochdeutsch (standard German) with neutral sounding accents.

Tagesschau is a daily news programme produced by ARD (no VPN) . You have a few choices, you can watch 100 Sekunden which is new stories condensed into 100 second long chunks. You can also watch the longer Tagesschau news programs.

If you want something a bit more relaxing and simpler, why not spend some time relaxing with some Märchen (fairytales). ARD have produced some films recently depicting many of the well known (and lesser known) fairytales. They are aimed at a younger audience, so the language is fairly simple, and the stories are great. Here are a few links to my favourites:

Getting the most out of watching German TV

I hope this post has helped guide you through the confusing world of German TV. If I have missed any of your favourite shows, drop me a comment, I’d love to check them out myself.