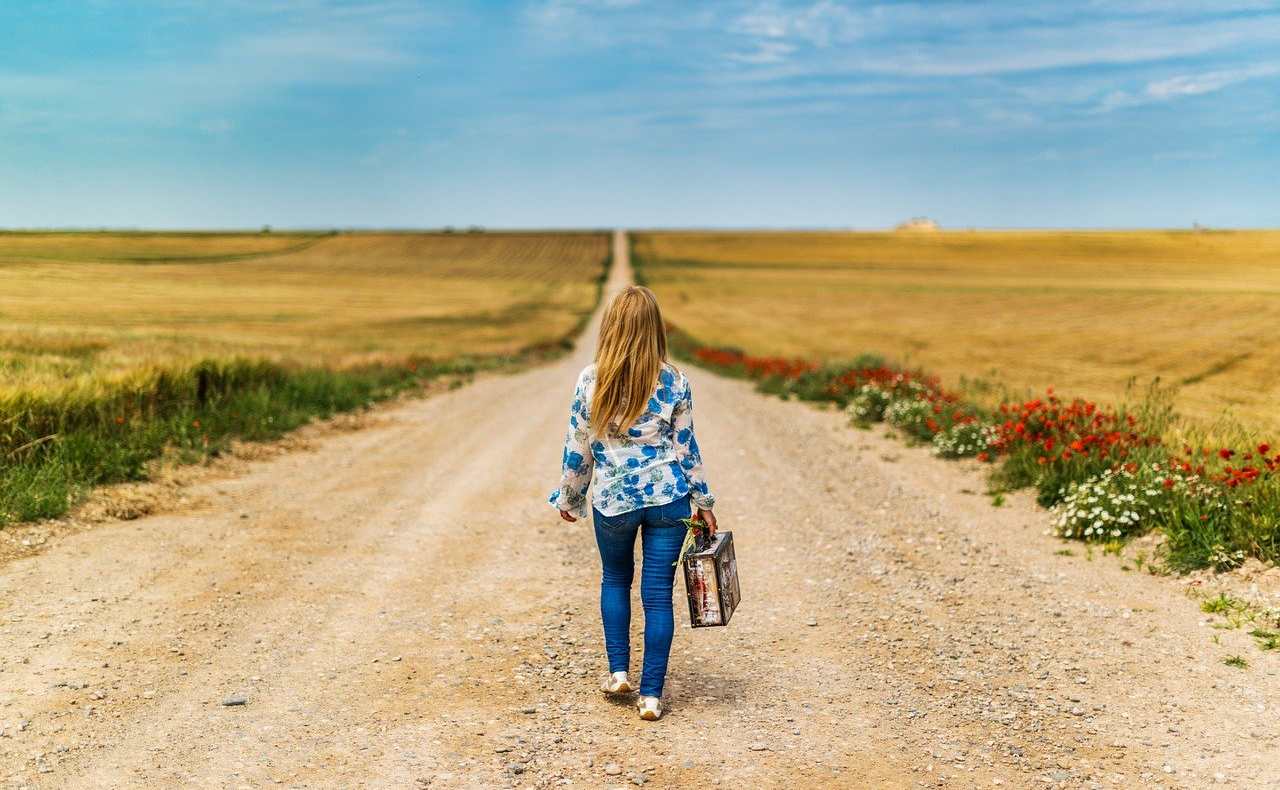 It’s time to go! Maybe you’ve been chatting with a language partner, Sprachpartner, on Skype, or perhaps you’ve spent an afternoon catching up with a friend in a café. It could be something as mundane as finishing a transaction in a shop.

Either way, you need to say goodbye. From the usual cheery tschüß! to the more elaborate goodbye send off, in this post I’m going to show you 16 ways to say goodbye in German.

Like in English, German speakers have a number of ways of saying ‘bye’. Let’s take a look at a few of them and what situations they can be used in.

The same word spelt differently, this is a really casual, cheery ‘bye!’ You’ll find this is used all over the place, both in more formal situations such as shops and restaurants, and saying goodbye to friends and relatives.

The Italian word ‘ciao’ has been adopted by many German speakers and is used interchangeably with tschüß. It’s more of a trendy word that is less used by older folks.

The well-known saying which is normally reserved for more formal situations. Literally translated as ‘until we see each other again’ (wieder = again, sehen = see) You would rarely say auf wiedersehen when saying goodbye to a friend, but in a work environment it’s more widely used. Sometimes the auf is dropped, and wiedersehen is used on it’s one.

Similar to auf wiedersehen, this is reserved for ending a phone call and is commonly used in more formal situations. Again, sometimes the auf is dropped.

Translated as ‘see you soon’, bis bald has a number is possible versions. Bis actually translates as ‘until’, so ‘until soon’ doesn’t make a lot of sense, you’ll just need to learn the chunk.

Other possibilities include bis dann (until then) for when you’ve arranged another time (e.g: wir sprechen uns am Montag, bis dann), bis morgen (until tomorrow / see you tomorrow) and bis später (see you later).

Mach’s gut literally translates as ‘make it good’ but what it really means is ‘take care’, ‘so long’ or ‘all the best’. A really good, versatile phrase for a cheery send off. Can be combined with other goodbyes for example mach’s gut, tschüß (take care, bye) or bis bald, mach’s gut (see you soon, take care).

Think of leb wohl being a bit like ‘farewell’ in English. You probably won’t actually use this these days, but you might hear it being dramatically uttered in old films as the hero rides off into the sunset.

If you’ve read the ‘how to say ‘hello’ in German’ post, you’ll probably recognise the word Servus. This word is not only used to say ‘hello’, but also to say ‘goodbye’ in German. However you’ll only hear it in Austria and maybe Bavaria.

You’ve been chatting for an hour or so, and need to end the conversation. What’s the best way to express to your friend that the conversation needs wrapping up? Here are a few suggestions.

Meaning: I have to go

Translated as ‘I have to go’, you could also say ich muss jetzt los, for ‘I have to go now’. Pretty self explanatory, it works for ‘gotta go’, ‘I have to run’ etc.

Translated as ‘I’d better be going’, it’s just the same as it’s English counterpart. There is one difference though. Remember that German loves to specify whether you are walking / going (gehen) or driving (fahren). We have to make this distinction in this phrase.

So if you are leaving on foot, such as walking out of a café, use ich gehe jetzt besser. This is also suitable for ending a phone call with a friend.

If you’re leaving in the car or public transport, for example going to the airport or driving home, use ich fahre jetzt besser.

Meaning: We’ll talk to each other

Meaning: We’ll see each other

Closely related to the previous phrase, wir sehen uns can be adapted in the same way as wir sprechen uns. Wir sehen uns can be translated in a few ways, for example ‘we’ll meet’, ‘we’ll see each other’, ‘we’ll catch up’ etc. It’s great for saying goodbye in German in a face to face situation.

For sadder situations you could say wir sehen uns wahrscheinlich nicht mehr (we probably won’t see each other again) but I hope you never need to use this particular phrase.

In German it’s very common to have longer goodbyes than English speakers may be used to. Usually a goodbye in German includes wishing someone a nice day, saying how nice it was to talk with them, arranging another time to meet or a combination of all of these.

This makes for a more drawn out goodbye, which I think is lovely. Once you have learned a number of stock phrases, you can join them together and receive a similar goodbye wish in response.

Here are a few parting wishes you can try out:

Meaning: Nice to talk with you

Translated as ‘nice talking with you’. Good for use on the phone. I don’t think I need to explain further.

Meaning: It was nice to see you again

Translated as ‘it was nice to see you again’, this is a great one for face to face goodbyes with old friends.

Meaning: I wish you a nice day / evening

A common pleasantry, often used between friends. It’s translated as ‘I wish you a nice day / evening’. As before, the detail of time can be changed, for example ich wünsche dir eine schöne Woche (have a nice week).

Meaning: Have a nice day / evening

Similar to the previous goodbye wish, but shorter, this one means ‘have a nice day / evening’ or ‘have a nice rest of your day / evening’. You’ll often hear this being said to you by waiting staff in cafés and restaurants, or shop workers as you leave. You can respond with danke, gleichfalls or danke, ebenfalls which both mean ‘thanks, same to you’.

Translated as ‘safe travels’, ‘bon voyage’, ‘drive safe’, this is useful phrase for seeing someone off in a car or on public transport. Maybe a friend or family member is driving to the airport or train station. Be sure to wish them gute Fahrt!

Meaning: Take care of yourself

Translated as ‘take care of yourself’ or ‘look after yourself’, this is a good one for saying goodbye to someone you might not be seeing for a while.

Meaning: Have a good journey home

Similar to gute Fahrt but this phrase is specific to wishing someone a safe journey back home. A nice way to say goodbye to someone in German after a holiday together. Schönen and guten are interchangeable here, and Heimweg translates as ‘way home’.

Literally translated as ‘come good to house’, this informal phrase is yet another way to wish someone a safe trip home. If you’re a grammar nerd like me, you may notice that this phrase uses the German imperative form.

If you want to use the formal version, you would say kommen Sie gut nach Hause.

There we have it, 19 ways to say ‘goodbye’ in German for all different occasions. Try some of the out next time you speak to a German speaking friend or language partner. Which ones do you use the most?