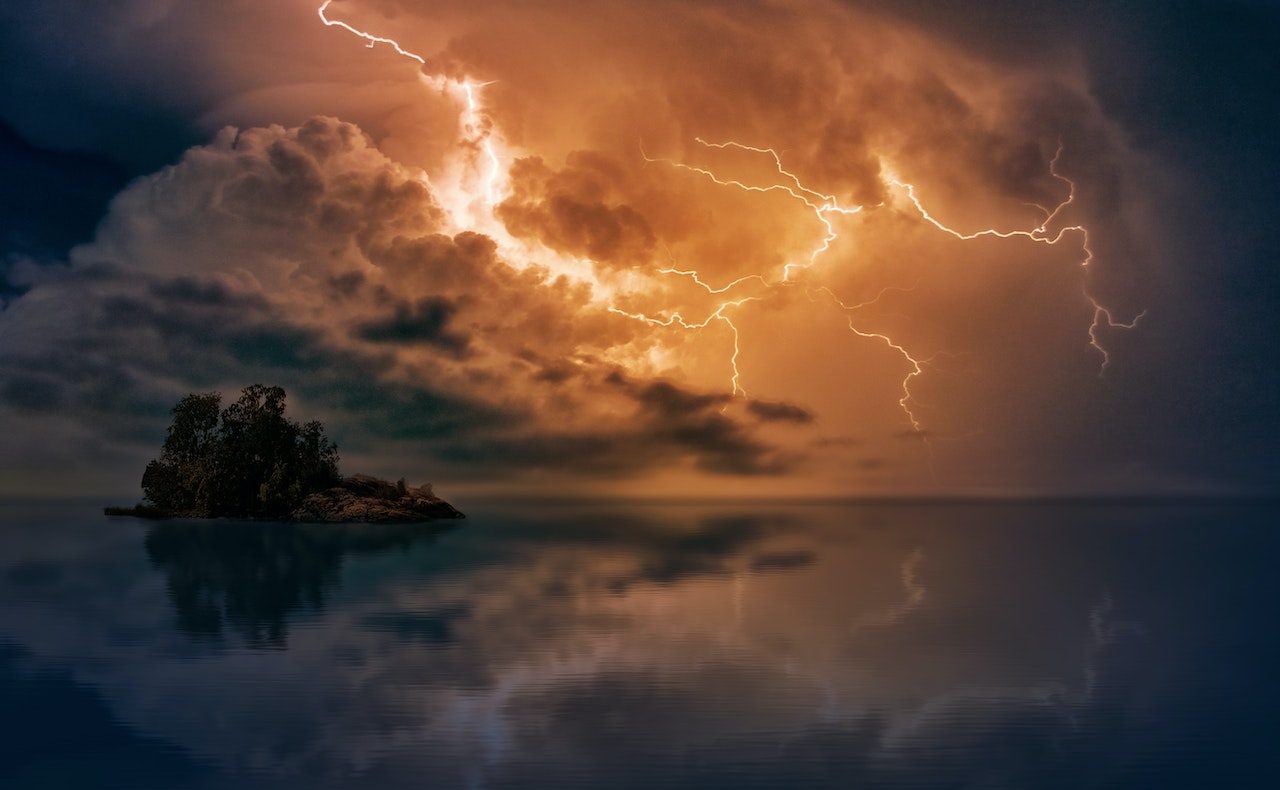 Learning to talk about the weather in German is a useful skill for everyday German, and something that will come up in conversation quite frequently.

The weather in Germany and other European countries varies hugely throughout the year, and can be quite unpredictable. Because of this, it’s a common topic of conversation and can be a good topic to talk about even when you’re still new to speaking German.

If you want to talk about the weather in German, a good place to start is to get to know some weather nouns:

Asking about the weather in German

The most common way to ask how the weather is in German is to say:

If you want to know what the weather will be like during a specific time, say, tomorrow or next week, you can just add an adverb of time to the end of the question:

As an alternative, you can ask if someone has seen the weather forecast:

Talking about the weather in German

Imagine you’re on holiday and a friend back home has asked you wie ist das Wetter da? (how’s the weather there?) How would you reply?

Well that answer depends of course on what the weather is actually doing, so let’s take a look at some of the basics you can choose from:

Fortunately for English speakers, English and German have many similar weather words, so learning these basics isn’t too challenging. The only tricky one on this list is bedeckt (overcast) but bear in mind that Decke means ‘cover’ or ‘blanket’ so you can see how overcast means covered.

When talking about the weather in German, like in English, we always use the third person singular es (it):

German uses both verbs and adjectives to describe what the weather is doing. Adjectives are ‘describing words’ and help to form a picture of how something ‘feels’, ‘it is warm’, ‘it is windy’ etc.

Sometimes we need to use a verb instead to describe the action of weather, ‘it is raining’, ‘it is snowing’. Sometimes we use a completely different verb to describe the action of a noun. For example we can say es ist sonnig (it is sunny), but we can also say die Sonne scheint (the sun is shining), with the verb scheinen (to shine) being conjugated.

You can see the difference between adjectives and verbs in the table above because adjectives can’t be used on their own and require the helping verb sein (to be), which is conjugated: es ist sonnig (it is sunny).

A verb is just used the same as other verbs, we have the subject, es (it) (the weather) and then the verb, which is conjugated:

Talking about changes in the weather

Let’s go back to that little holiday you’ve taken. The weather’s taken a turn for the worse, and you’re sitting in your tent in the Black Forest listening to the rain pouring down outside. You take a look at your weather app and see this:

How would you describe the upcoming weather? ‘Today it’s raining but it’s getting better.’

To create this phrase in German, we need to use the verb werden (to become):

Note: In Germany and much of Europe (including the UK where I’m from) we use the temperature measurement Celsius. The German word Grad (degrees) can be used to describe both Celsius and Fahrenheit depending on which you prefer to use.

If you want to express that you’re feeling hot or cold, you could be mistaken for thinking a simple ich bin kalt / heiß would be correct. However German doesn’t want to make things too easy. When expressing how you are feeling in regards to temperature, we have to use the dative pronoun, mir.

Think of it like this, mir translates as ‘to me’ so when expressing how we’re feeling in terms of temperature we need to say ‘to me it’s cold or hot’.

It’s important to not default to the incorrect phrase ich bin… since this has completely different meanings to what you think you’re saying. Ich bin kalt would effectively mean you’re a cold person, as in unfeeling, dead inside. Ich bin heiß is used to express arousal and promiscuous feelings.

I made this mistake very early in my German learning journey. Luckily a Dutch friend of mine corrected me and explained why I shouldn’t go around saying ich bin heiß before I could embarrass myself too much!

This same format can be used to ask others if they’re feeling warm or cold:

Since the weather has been such a staple of conversation for such a long time, a number of idioms or sayings about the weather have developed in the German language. Idioms are a favourite topic of mine because they are so much fun to learn, and can make you sound like a native speaker.

Here are a few German weather idioms to try out:

Read next: 15 German Idioms [That’ll Make You Sound Like a Native]

Below are all the weather terms you’ve learned in this post so you can compare the similarities easily.