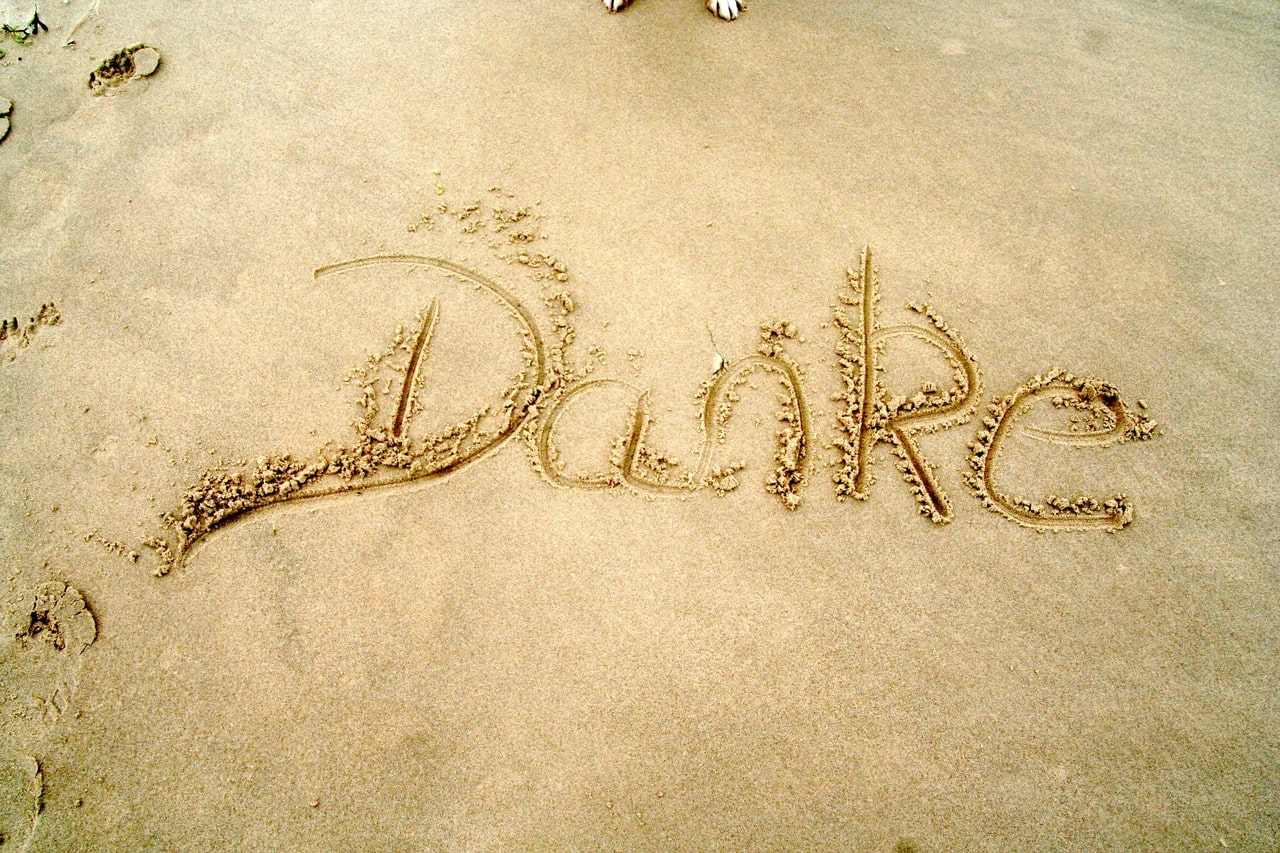 How do you say ‘thank you’ in German? There are many ways but fortunately the most common way is very simple. In this post you will also learn about how to respond to a ‘thank you’.

If you’re planning a trip abroad, one of the best things you can do to show respect to the local people is to learn simple pleasantries. One of the simplest ways to do this is to learn how to say ‘thank you’.

Whether you’re in a café, restaurant or a shop, anyone on the receiving end of a ‘thank you’ in their native language will definitely appreciate it.

Meaning: Thank you / thanks

Luckily, the most common way to say ‘thank you’ in German is also the simplest. Danke can be used in almost any situation, whether it’s formal or informal, among friends or strangers. You will often hear it used with other words:

Meaning: Thank you kindly / Thanks very much

The last of the really common phrases, vielen Dank is another saying that you’ll hear a lot. It’s even more heartfelt than the previous phrases. Great for really showing your appreciation to someone.

With all the above phrases, I would recommend just spending time listening to people speak the language, whether it’s in cafés or shops. Try to work out which ones you hear more often and in what context.

Meaning: A thousand thanks

Just like the English equivalent ‘thanks a million’, this is a little more informal, often used among friends.

Meaning: I thank you

Used just like danke, ich danke dir is just another way to express thanks, and sounds more elegant than a simple danke. Using dir makes this phrase informal, if you’re using Sie with someone in a formal setting you would need to say ich danke Ihnen.

Meaning: Thanks, that is nice of you

The next time someone compliments you on your German, this is a great way to respond. As before, use dir for informal and Ihnen for formal situations.

Meaning: That’s very kind of you

This phrase carries more weight that the previous. So if someone has been really kind or done something amazing for you, this is a wonderful way to express your gratitude.

A useful phrase for when you’ve asked for someone’s help, but they’ve been unable to help you. One example would be if you asked directions from someone in the street, and they didn’t know the way themselves. Trotzdem danke literally means ‘thanks nevertheless’.

Meaning: Thanks, likewise / same to you

This is a useful phrase if you want to quickly respond in kind when someone has said something nice to you. A good example would be:

Gleichfalls and ebenfalls can be used interchangeably and basically mean the same thing, but you’ll hear both being used a lot.

Meaning: Thanks in advance

A good phrase to know if you’ve asked someone to do something for you and you want to thank them in advance. Often you’ll see this phrase on online forums, Reddit, Facebook etc. when someone asks a question and thanks people in advance for their responses.

How to Respond to Danke

So you’ve worked out the best way to say ‘thank you’ in German, but what can you expect to hear as a response. If someone has said danke to you, how do you respond to them?

Bitte is a word with lots of different meanings in German. But for the purposes of this post, bitte can mean ‘you’re welcome’ and also ‘here you go’ (for example when a waiter brings your food). If someone says ‘thank you’ to you, your best option is to say bitte.

In a café you may find yourself in the following situations:

In the example above you can see that the waiter replies with bitte schön when the customer says danke schön. This is because bitte schön and bitte sehr are the counterparts to danke schön and danke sehr respectively.

So if you thank someone using either danke schön or danke sehr, the other person will respond with the matching counterpart.

Read next: 6 Meanings of ‘Bitte’ [The Most Versatile German Word]

Gerne is another word you’ll hear a lot during everyday transactions. Just like bitte, you’ll hear it as a common response to danke. It literally means ‘gladly’ or ‘done gladly’.

Gern geschehen has the same meaning, but often people will just say gerne as it’s shorter.

A nice easy one for English speakers, kein Problem can be used in the same way as we use it in English.

Meaning: Nothing to thank for

A nice phrase if you are trying to be humble in your response to something. Maybe you felt what you did was minor and you didn’t need thanking for it. Think of it like the English phrase ‘don’t mention it’ or ‘it was nothing’.