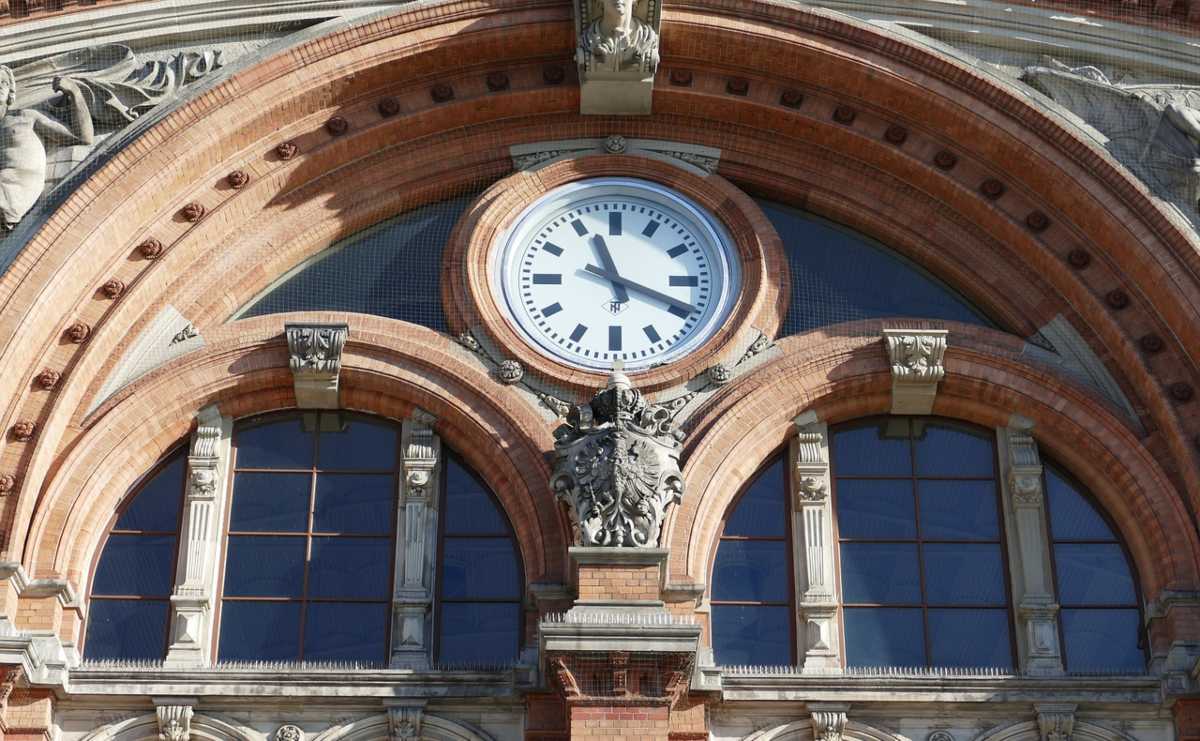 It’s never too early to learn how to tell the time in German. This tricky topic can take a bit of getting used to, but it isn’t too different to the English way of telling the time.

Before we get started learning how to tell the time in German, let’s take a look at some essential vocabulary that we’ll use in this post:

In English we use the word ‘time’ for all sorts of situations, ‘what’s the time?’ ‘do you have time now?’ ‘how many times did you go?’

But in German there are different words for these situations:

We don’t use the words Zeit or Mal for discussing the clock time.

How to Ask ‘What is the Time?’ in German

Asking what the current time is in German is quite straightforward, but quite different to how we would ask in English. There are two main standard phrases:

If you’re arranging a time to meet someone or are asking at what time something is taking place, use the second phrase, with um at the beginning:

So using some of the vocabulary above, we could end up with a conversation like this:

How to Tell the Time in German

So now you know a bit of the vocabulary needed to discuss the time, but how to actually tell the time in German?

One thing to bear in mind is that German uses the 24 hour clock, which I understand is not so common in the US (correct me if I’m wrong).

If someone asks you wie spät ist es? (what time is it?) you can still say es ist 5 Uhr instead of es ist 17 Uhr (it’s 5pm) as it’s pretty obvious whether it’s 5am or 5pm. But if you’re arranging a meeting time it’s best to use the 24 hour clock.

So you’ve already seen ‘on the hour’ examples used in this post. But let’s take a closer look.

On the hour times are easy enough for English speakers because the translation is almost exactly the same in German. Instead of ‘o’clock’ we say Uhr (clock):

You can also say:

If you really want to be precise and emphasise at time of day, we can say:

Say for example you have to catch it very early flight and you’re after a bit of sympathy for the crazy hour you have to get up, you can say:

The same can be done for all times of the day:

Half Past the Hour

When you tell the time, and it’s halfway between the full hour, in English we would say it is half past the hour.

But something that trips up German newbies (myself included) is that when you tell the time in German, it describes half to the hour.

You need to change your way of thinking about half hours from ‘half past the hour’ to ‘half to the next hour’. And I totally sympathise that this takes some getting used to.

So if someone asks you wie spät ist es? this is how you would reply:

Another way to describe half past / to the hour is to use the digital format, like we can in English. Instead of saying ‘it’s ten-thirty’ we need to add in Uhr so we say ‘it is ten Uhr thirty’:

Quarter Past / To the Hour

To describe ‘a quarter past’ or ‘a quarter to’ the hour, we do this in a similar to in English. Instead of ‘quarter’ we say viertel.

Just like in English, you can be precise when you tell the time in German. If the time is still a round number, such as 10:10 or 15:55 there is a straightforward way of saying this. We just say:

When the time is 11:25 or 15:35, German uses a rounding up or down system. Instead of saying ‘it’s eleven twenty-five’ or ‘it’s twenty-five past eleven’ we say ‘it’s five minutes before half twelve’ (remembering that in German we say half to the next hour).

This is a bit of a tricky one so let’s take a closer look:

If you want to tell the time in German to the exact minute, we use a similar format to English:

Learning how to tell the time in German can be challenging, but with a bit of practice you’ll get the hang of it. Remember that the biggest difference is the half hours, where German speakers say ‘half to the hour’ instead of ‘half past the hour’.