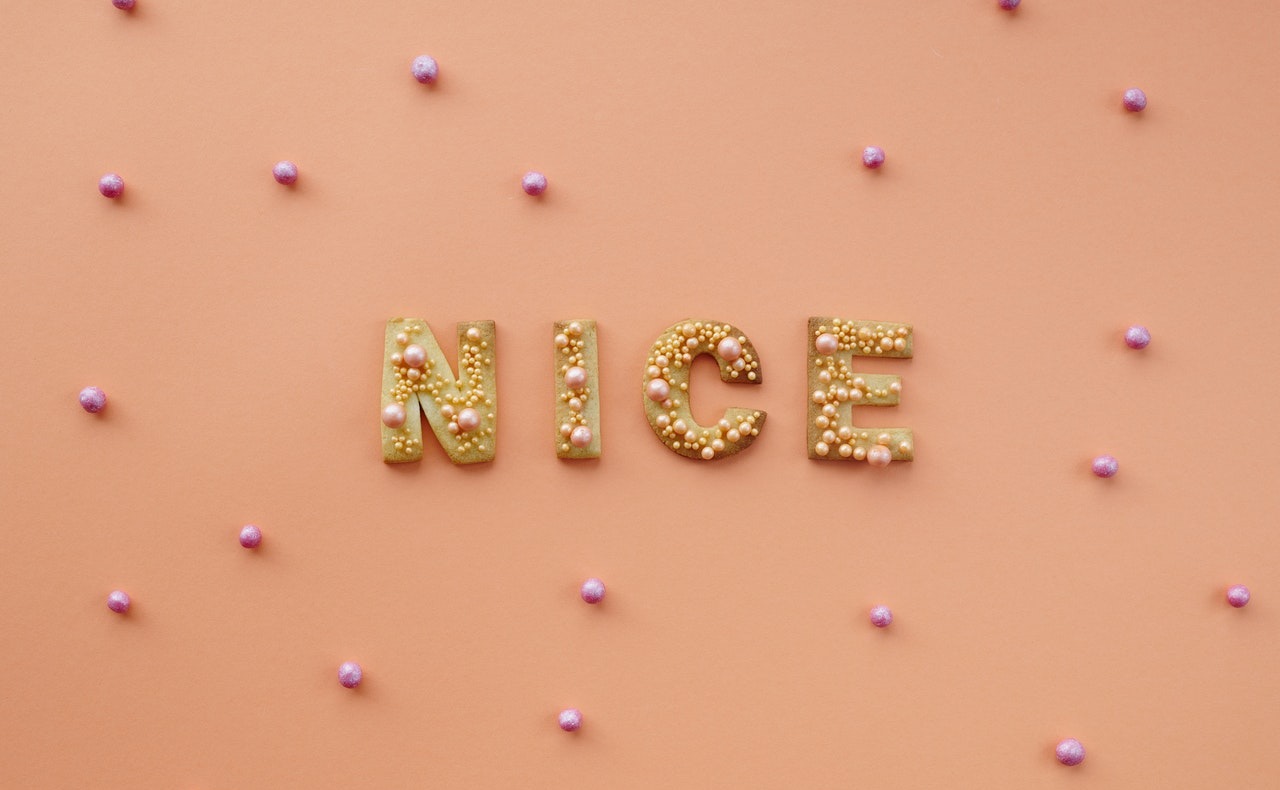 When you start learning German, it won’t be long before you need to know how to say ‘nice’. You probably use it all the time in English, but how do you say ‘nice’ in German? Well there are few different ways of saying this common adjective. In this post you’ll learn these German words, plus a few bonus words similar to ‘nice’!

First thing’s first, in English we can use ‘nice’ for people and objects. ‘That man was nice’, ‘these flowers are nice’ etc. But there are a couple of rules for using the word ‘nice’ in German: schön is generally used for situations and objects and nett is only used to describe the personality traits of people or animals.

Schön is one of those adaptable words which has a few meanings for example it can mean ‘nice’, ‘lovely’ or ‘beautiful’ in German, depending on the context.

Schön can be used to describe objects and situations:

If you want to use schön to describe a person, just remember that it will only mean ‘beautiful’ in this context. If you say die Frau ist schön, you are saying ‘the woman is beautiful’ not ‘the woman is nice’, as in she is a nice person. You are just commenting on someone’s appearance when you use schön, not their personality.

Nett is a far simpler word. It is only used to describe the personality traits of people and animals.

Nett is not used to describe objects or situations, for example diese Blumen sind nett (these flowers are nice) is incorrect. That would mean that those flowers have a nice personality!

Another way to say ‘nice’ in German when describing someone’s personality is freudlich. Does this word look familiar to you as an English speaker? Sure, it looks like ‘friendly’.

Freundlich can mean ‘nice’, friendly’ or ‘kind’ and is used to describe a personality trait.

Equivalent Words for ‘Nice’ in German

You may be thinking, that’s all very well Emma, but what if I want to expand my vocabulary and use some different words to describe nice things or people.

This is a great point! While saying things like der Mann war sehr nett or diese Blumen sind schön gets the job done, in order to progress your language ability you’ll need to expand your German adjectives library.

If you’re looking for German adjectives that you can use to describe situations or objects, check out my post listing 100 Useful German Adjectives. Using some of those will allow you to go from saying:

Here are a few more words you can try out, these can be used as adjectives or exclamations.

So now you know the 3 main ways to say ‘nice’ in German, plus some tips to expand your vocabulary and a few bonus words you can use instead of ‘nice’.