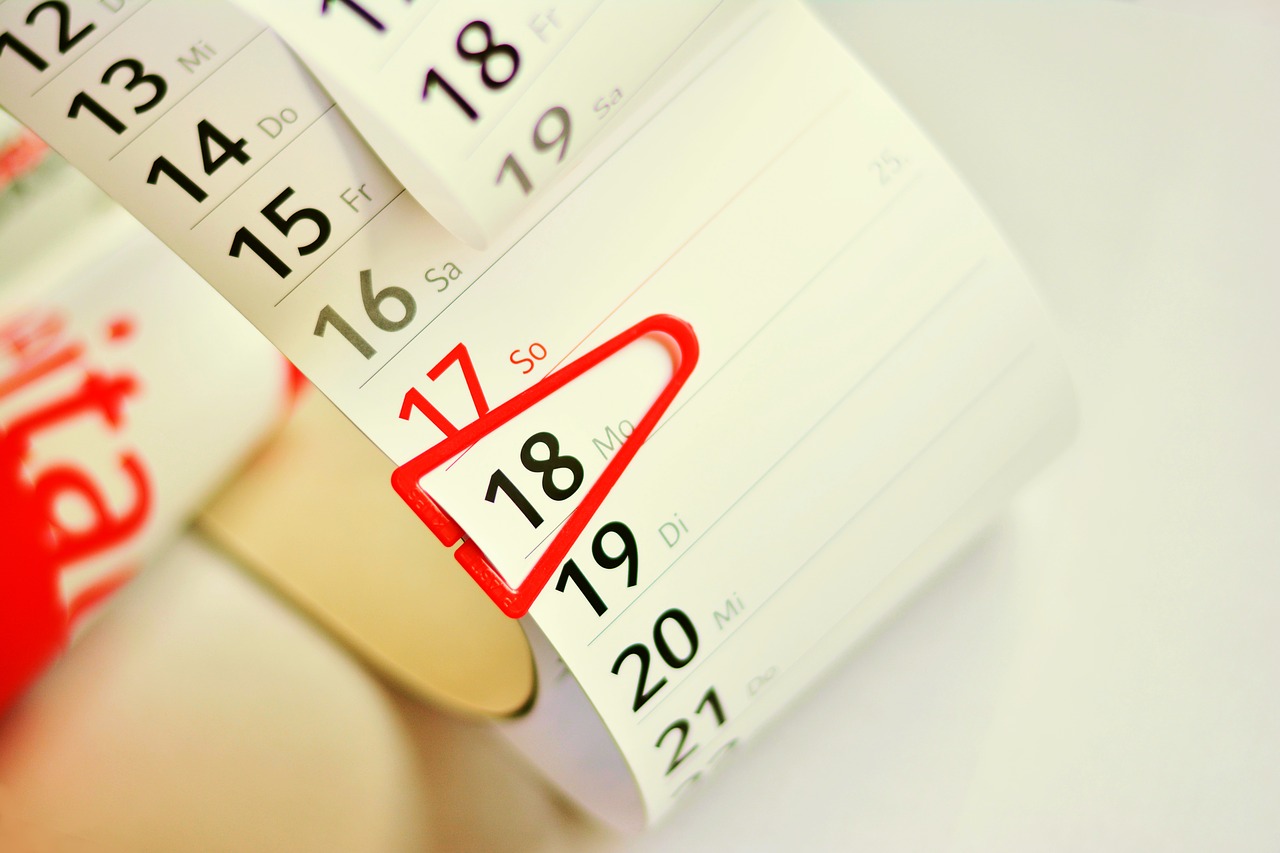 In this post we will take a look at the days of the week in German, some interesting background information about these nouns, and how to use them grammatically correctly.

When you start learning German, it won’t be long before you need to learn Wochentage (days of the week). Maybe you need to arrange a call with a Sprachpartner (language partner), book an appointment or simply organise your week. Fortunately, because English is a Germanic language there are many similarities between both languages’ days of the week.

What are the Days of the Week in German?

There are a number of tips and similarities between English and German days of the week. We can use these to our advantage in order to learn them.

1. Just like in English, almost all of the days of the week end in -day. In German this is -tag.

2. The only exception is Mittwoch (Wednesday). In German Mitt is short for Mittel (mid / middle) and Woch is a shortened version of Woche (week). So Mittwoch means ‘mid week’. Nice and easy to remember!

3. Take a look at Montag (Monday), Freitag (Friday), Samstag (Saturday) and Sonntag (Sunday). These 4 are so similar to their English counterparts that you can learn these without really trying too hard.

4. Donnerstag (Thursday) comes from the German name for the Norse God ‘Donar’. In English we know him as ‘Thor’. Therefore Donnerstag means Donars Tag (Thor’s day).

Fun Fact: Donar is the Norse God of Thunder, and as such the German word for thunder, Donner, comes from his name.

5. Dienstag (Tuesday) is the day of the week whose background is not as obvious as the others. On the one hand, the German verb dienen (to serve) has an obvious similarity, so Dienstag could mean ‘day of service’. It could also be named after a Germanic or Roman God. You can read more about the mysterious Dienstag here.

Using Days of the Week in German Correctly

Days of the week in German are mostly capitalised, like we do in English. However because this is German, there is an exception. If you want to say something happens regularly on a certain day, in that case the day of the week isn’t capitalised, and an -s is added.

Start of the week

Unlike in some other countries like the USA where the week begins on Sunday, in German speaking countries the first day of the week is Monday.

If you want to say that something happens on a specific day of the week, use am … (on …) It is actually used in a very similar way to how we say ‘on Tuesday…’

If you want to talk about a range of dates, use the prepositions von (from) … bis (until). This is used in the same way as we do in English:

German speakers also abbreviate their days of the week. Like in English, we would write Mon (Monday), Tues (Tuesday) etc. In German days are abbreviated to just the first two letters:

Gut gemacht! (well done!) You now know the days of the week in German and how to use them correctly in a sentence. Due to their similarities to English, you’ll remember them quite quickly. Just remember to use am (on) and von … bis (from … until) when you want to talk about the days in a sentence.

Read next: Months & Seasons in German