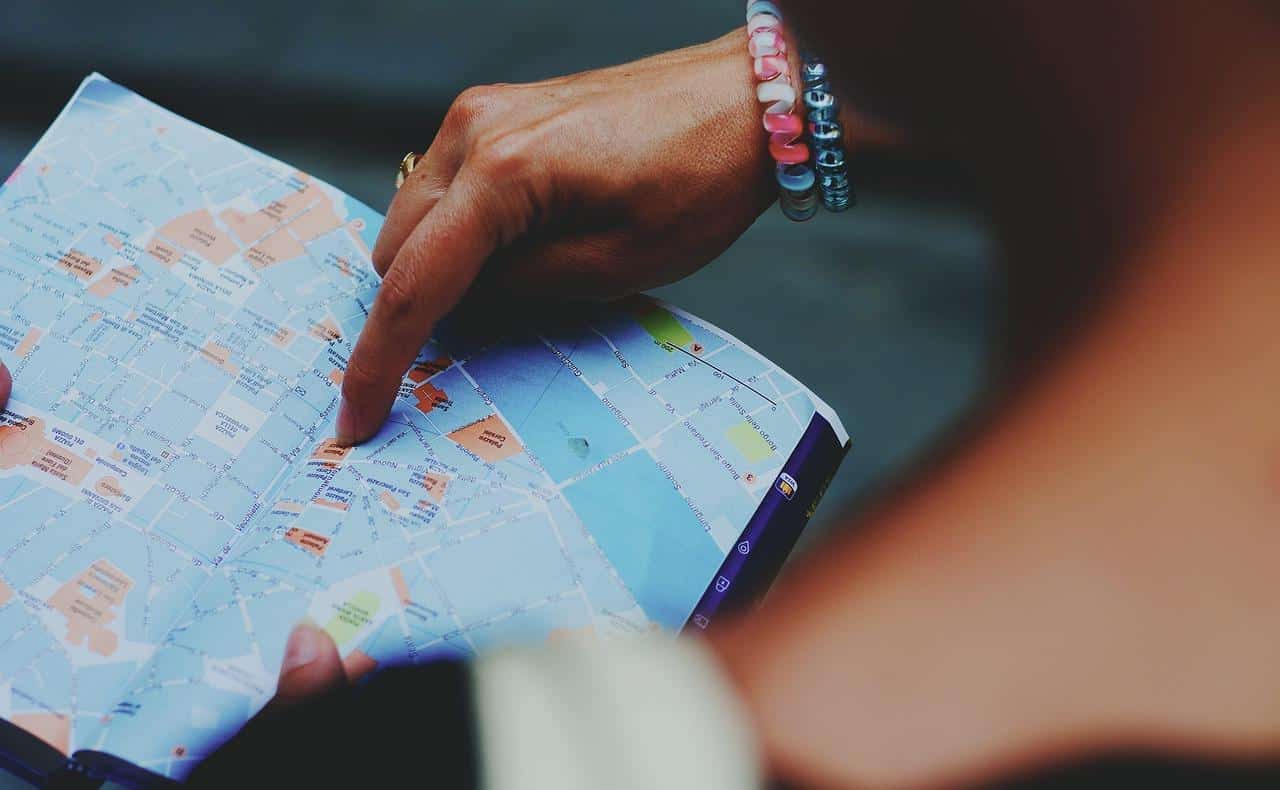 In an age where everyone has a smartphone in their pocket, you may be wondering why learning how to give and receive directions in German is necessary. After all, it only takes a second to open Google Maps and easily find your way to the train station, museum or any tourist attraction your want to visit.

However there is still a need to learn how to ask for and give directions in German. On one of my recent trips to Bremen, I was shopping and was told the tills were playing up and I needed to pay with cash. Normally I bring enough cash for my trip, but I was nearing the end of my visit and had run out.

I left my goods in the shop and went outside realising that I had no idea where the nearest ATM was as they’re not actually shown on Google Maps.

And that’s why I wrote this post. After reading it you will know:

How to Ask for Directions in German

Asking for directions in German is fairly simple. You just need to learn one or two base phrases and add the thing you’re looking for on the end. If you’re not sure of the German word for the place you’re asking directions after, I recommend downloading the free dictionary app dict.cc.

After you’ve found someone on the street who looks friendly enough to ask, a good way to start a conversation would be to say:

That way you know you’re asking a local, rather than a tourist who doesn’t know the area either.

The simplest way to ask for directions is to say wo ist …? and then the place you’re looking for. Obviously it’s quite a basic phrase just like the English version, but it’s a great phrase to start with until you become more confident.

You can make this basic phrase sound more complex by adding wissen Sie (do you know), at the beginning:

If you want to know why the verb ist has moved to the end of the phrase, you can read about subordinate clauses here.

Meaning: Where can I find …?

A similar but slightly more wordy way to ask for directions is to ask: wo finde ich …?

Another variation is to say ich suche … which can be used in the same way as wo ist …?

This also a useful phrase if you’re in a shop and a member of staff has spotted you looking lost and has asked, kann ich Ihnen helfen? (can I help you?)

Gibt es…? is a really useful phrase to learn, it’s used in all sorts of situations including when asking for directions. It’s often used with the phrase in der Nähe (nearby).

In this phrase we’re using the preposition zu (to) which demands the dative case. This is why we say wie komme ich zum (zu dem) Rathaus instead of das Rathaus.

Meaning: Is it far away?

A useful follow up question after someone has answered, could be ‘is it far?’

How to Give Directions in German

Of course, learning how to ask for directions in German is only half the battle. You may have practiced these phrases to perfection, but if you don’t understand the reply you’re given, it’s defeated the object.

Let’s take a look at some essential directional vocabulary to get started:

If you’ve been reading this blog for a while, you may know how much I adore Bremen, and now I’m going to take you on a virtual walkabout around the city. These conversations may seem daunting, but the goal is to listen out for key words which give you essential information, and not get bogged down with everything else. The essential words are in bold.

Let’s dive into some example conversations:

If you want to say a place is ‘northern’ or ‘north of’ another place, we use the suffix -lich.